A Bit Of Fry And Laurie

Edit As the title suggests, “A Bit of Fry and Laurie is less of a specific format than a 'coat-hanger' for short sketches, starring the comical duo in various, recurring or unique roles: Stephen Fry, the sophisticated giant who usually plays the smug one, and comparatively small Hugh Laurie, usually playing the patsy. Plot Summary | Add Synopsized Trivia Stephen Fry was never able to convincingly fake hitting someone, so often he genuinely hit Hugh Laurie while filming the sketches. 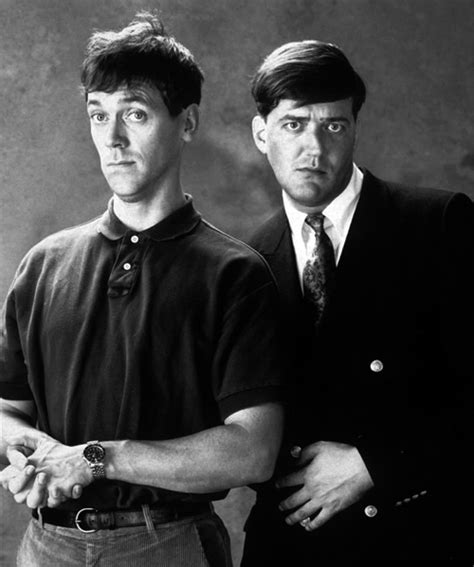 During the sketch, Stephen hits me several times with a golf club. Stephen : And then the sketch ends with us going to bed together... Hugh : ...violently.

Of episodes26 (list of episodes)ProductionProducersKevin Bishop Roger OrdishNick SymonsRunning time30 minutesReleaseOriginal network BBC1, BBC2 Picture format 4:3 Original release13 January 1989 (1989-01-13) –2 April 1995 (1995-04-02)External links Website As in The Two Ronnie's, elaborate wordplay and innuendo were staples of its material. It frequently broke the fourth wall ; characters would revert into their real-life actors mid-sketch, or the camera would often pan off set into the studio.

In addition, the show was punctuated with non sequitur pops similarly to those of Monty Python's Flying Circus, often making irrelevant statements, heavily based on wordplay. Laurie was also seen playing piano and a wide variety of other instruments and singing comical numbers.

The series made numerous jokes at the expense of the Tory prime ministers of the time, Margaret Thatcher and John Major, and one sketch depicted a televised “Young Tory of the Year” competition in which a young Conservative (Laurie) recites a deliberately incoherent speech consisting only of nonsense political buzzwords, such as “family values” and “individual enterprise”. I say:” (Series 4, episode 3) “And now into the cocktail shaker of my mouth I throw these six words: You Please Music Mr Will Play. 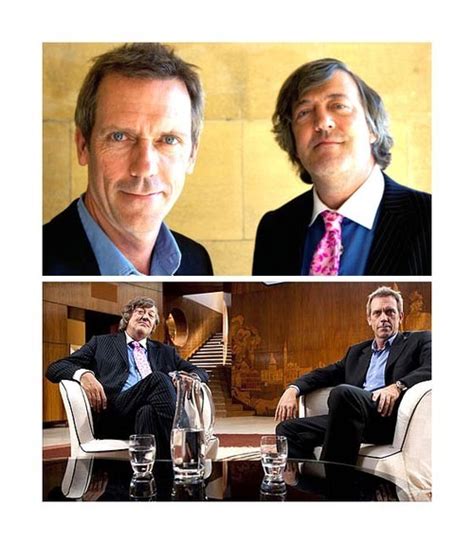 While you decide, I will entreat for the very finalist of last, last times, this entreaty of m'colleague, Britain's very own melody man, as I say to him, please, please, oh:” (Series 4, episode 7) Though the program mostly consisted of one-time situations and sketches, a few characters appeared over several episodes and series.

Alan (Laurie) is hired as a secret agent by a mysterious organization known only as 'The Department', before which he was a gun-runner, supply teacher, and Home Secretary. Control (Fry) and Tony Murchison (Laurie) are two excessively nice secret agents who first appear in series 1 of the show.

Tony Murchison is Subsection Chief of the East Germany and Related Satellites Desk, who brings Control his morning coffee. The characters discuss issues of national security with childish simplicity to parody the typically sparse details viewers were often afforded in British films of a similar genre.

Gallant (Fry) is the host of short horror program The Seventh Dimension, who presents bizarre and nonsensical stories such as “Flowers for Wendy” and “The Red Hat of Patrick”. He often bullies and patronizes the mild-mannered Gordon, who in fact displays far greater knowledge and better control of the situation.

This causes Stuart great consternation as he attempts to conceal his own inabilities and maintain his reputation as an intelligent and competent businessman. Freddy (Laurie ; character later renamed 'Teddy') is a meek, quiet man with a noticeable overbite.

Eventually, Marjorie defeated the pair in the health club business off-screen, leading the two to run a public toilet and later the Diocese of Attometer (John as Bishop, Peter as Executive Vice-Bishop). The sketch is a parody of television drama of the period such as BBC TV's Howard's' Way, which depicted relatively small-scale businessmen as larger-than-life, world-weary, passionate, and tormented.

John and Peter are invariably exhorting one another to greater efforts on behalf of their relatively insignificant businesses, with their shouted catchphrases “Damn!” The different shows are: Trying to Borrow a Fiver Off..., Introducing My Grandfather To..., Photocopying My Genitals With..., Realizing I've Given the Wrong Directions To..., and Flying a Light Airplane Without Having Had Any Formal Instruction With....

The character was originally modelled upon a similar figure named Peter Most whom Laurie had earlier portrayed on Saturday Live. There was also a similar sketch called In the Bath With... on the radio series Saturday Night Fry.

Between sketches, both Laurie and Fry appear as people in the street, including a police officer; a drifting geek; a woman who suddenly remembers she has “left the iron on”; a pensioner who says that he “wouldn't suck it”, without specifying what 'it' is and then walking off laughing; an old conservative; and others. After much fan-driven petition, the first series of A Bit of Fry and Laurie, plus the pilot, was released on DVD on 3 April 2006 in Region 2.

Series two was released on 12 June, with a bonus feature, the 45-minute Cambridge Footlights Revue (1982) in which Fry and Laurie appear with Emma Thompson, Tony Flattery, Penny Dwyer and Paul Shearer. Region 1 versions of the first two series were released in the United States and Canada on 22 August 2006. 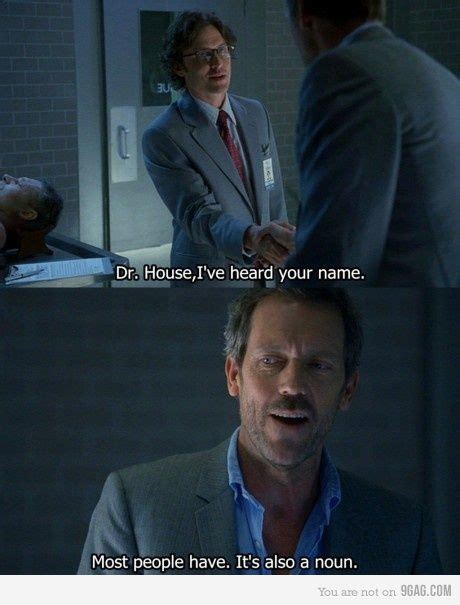 There is a copyright-related music edit on the series 1 DVD during the final sketch of episode 6 (“Tony of Plymouth (Sword Fight)”). On the series 3 DVD for Region 1, the sketch which features Laurie and Fry singing The Beatles “ Hey Jude has been omitted.

In Australia, A Little of Fry & Laurie : Series One Episodes 1–3 (Comedy Bites) was released on 4 March 2010. All four series, and the pilot, of A Bit of Fry & Laurie are available to stream on Amazon's Prime Video service.

“The Sophisticated Song”: Laurie, in a white and black suit, plays guitar, accompanied by a back-up band, singing about how normally he is very cool until he needs to talk to his true love, at which point he becomes so speechless, he begins to drool. “: Laurie announces that he has written a “savage, angry” song about “jars that become separated from their lids”.

A jibe at American Southern patriotism, Laurie sings about how the only way to solve the world's problems, from the hole in the ozone layer to poverty, is to “kick some ass”, while Fry, playing his mentally challenged brother (“the victim of an unfortunate musical accident”), shouts out “yeah!” He over dramatically flips the hair out of his eyes in the style of Robert Smith of The Cure and, affecting an effeminate lisp, proclaims his love for tennis player Staff Graph.

He goes so far as to proclaim that he stalked her during her tournaments and finally reveals himself as the man who stabbed Monica Sales as revenge for her defeat of Graph, a big news story in 1993. While the tune is performed, a slideshow of Staff Graph playing tennis is shown on a projector screen.

“Too Long Johnny”: Laurie appears dressed completely in black and wearing a red fedora. Fry eventually joins him on stage and begins to sing along in an impossibly deep voice.

Love Me Tender “: Laurie once again covers a famous musician, this time Elvis Presley. However, Laurie's attempt at seriousness becomes decidedly skewed after the camera pans out, revealing that he is singing to Nicholas Parsons sitting on a stool.

“What I Mind”: Laurie on piano and accompanied by a backup band sings a country song about hard times with his “girl”, who will not stop referring to him as an inanimate object, such as a hoover, a key, and a garage. “The Protest Song”: Laurie again provides himself with a backup band and plays acoustic guitar as well as harmonica.

He spoofs American college activist rock, singing about how everyone can make the world a better place. Much like his cover of “Love Me Tender”, this song appears to be Laurie's attempt at seriousness, at least until he reaches the part when he must actually sing what everyone is supposed to do to build a better society.

Every time he reaches this part, as if unable to think of an actual course of action to save the world, he mumbles incoherently in to the microphone. When he reaches the end of the song, he repeats the line “All we have to do is...” several times, and then resumes playing the harmonica. 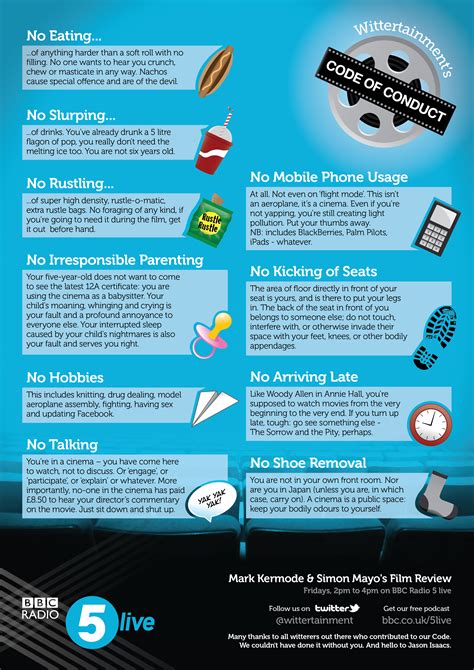 He also performed this song on BBC's Comic Relief telethon in 1993, and in 2006 alongside his hosting duties on an edition of Saturday Night Live. The official authorized Fry & Laurie story, Soupy Twists by Jem Roberts, was published by Unbound in 2018.

01: Buckles For Horse Tack
02: Building Is Structurally Unsound
03: Building Plans For Saddle Rack
04: Bull Headed Rails Are Generally Provided On
05: Bute For Horses How Much
06: Bute For Lameness
07: But When I Saw You
08: Buy Bitcoin
09: Peonies Flower
10: Person Who Is Of Unsound Mind