Are Back In The Saddle

However, the Professional Women’s Hockey Players Association will be filling that space with a new Calgary-based squad joining what will now encompass a five-team league. Calgary’s training hub joins Toronto, Montreal, Minnesota, and New Hampshire to encompass what will become a touring competition of some the of the world’s best female pro hockey talent. 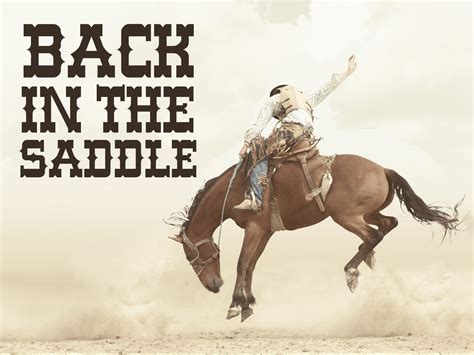 However, the Professional Women’s Hockey Players Association will be filling that space with a new Calgary-based squad joining what will now encompass a five-team league. Calgary’s training hub joins Toronto, Montreal, Minnesota, and New Hampshire to encompass what will become a touring competition of some the of the world’s best female pro hockey talent.

Maisey Vance, the jockey who was told she would never walk again after a horrific race fall, has started riding track work in the latest stage of an extraordinary recovery from life-changing injuries. In September 2018 the 29-year-old suffered 13 rib fractures and broke her back in five places with the T8 vertebra crushing her spinal cord and leaving her with no feeling or movement from the waist down.

“I've been working very closely with my physio, trying to get back to riding racehorses. “It's hard for me to put timeframes on things because my legs don't work like a normal person's, so I kind of just have to try and see what works for them and how long they take to recover, so I leave a few days in between when I ride track work to let them recover properly.

She is the daughter of former jockey-turned-trainer Bob Vance, a Cox Plate winner in the saddle, and jockey Jenny Vance, who rode in her native Sweden as Jenny Miller. Maisey has ridden 175 winners in New Zealand and Australia but was having only her fourth ride over jumps when she came down on Sensational in a hurdle race at Tarawa Park. 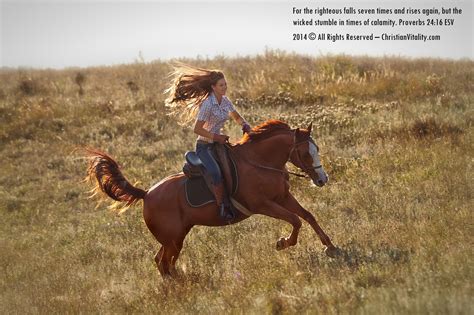 The horse's trainer Glynn Brick spent many hours with Vance while she was in hospital, but died in a car crash in March. I had five vertebrae broken and when the T8 broke it crushed my spinal cord which was what left me paralyzed.

And when we die the world won’t end Just keep on drinking’ ’til it spins Colors abound Going to sell ’em out Everything from aircraft in-flight emergencies to workplace injuries were examined at the base theater during the annual Back in the Saddle briefing held Jan. 2.

The annual briefing is designed to help the workforce shift their focus back to safety and effectively accomplishing the test mission following the holidays. Gen. E. John Teacher, 412th TW commander, urged his workforce to use “exceptional risk management” and take time to assess things before they happen.

However, base leadership at Back in the Saddle emphasized the need to reduce minor mishaps, which include workplace injuries and damaging equipment. Examples of work-related mishaps for Airmen and civilian workers include slips and falls and injuries sustained while working on planes.

First day back on a trainer since last February. In the end, I just got frustrated and dumped the apps and started over. 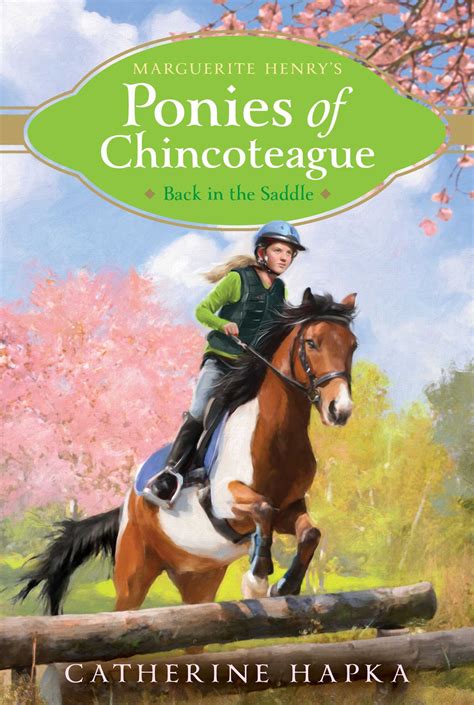 Threw my leg over the TRI machine and rode the @insideride in motion rallies. Both of my kids rode it all over the neighborhood and 2 colleges before it literally began to fall apart.

It lasted AAAAA beyond it's designed life span and I'm sure it received more than its fair share of abuse in the 20 years that we had it which further underscores how tough that of thing was. Anyway fast-forward 25 years and my wife picked up an old Schwinn cruiser type bike that she started riding.

After a few weeks she talked me into getting a used MTB from a local charity bike shop. Although it was a 26-inch bike the fit was all wrong and the steering was way too quick for me.

To make a long story short, I took it back and visited a Trek bike shop and explained my predicament. They showed me several levels and sizes and worked with me (and my budget) to narrow down what I needed.

I ended up with a Marlin 5 which I have since found out is a good entry level bike. The folks at the shop fitted me with the correct size frame (18.5) and helped me with the initial set up.

Those were the days of high rise handle bars, banana seats and sissy bars and I built and modified many, many bikes that today would almost be classified as mountain bikes (with the fore mentioned equipment). I could do almost anything on those on things (much to my mom's dismay when she heard about my exploits) including some truly huge jumps, peddling hail bent for leather down motorcycle trails and what today would be called free riding.

With my Trek, which is properly fitted to me, I feel that I can hardly move around on the bike. As I've gotten more familiar with the bike, I've remembered how to get the front up off the ground (not a true wheelie…yet) and some small bunny hops.

Full-blown wheelies, manuals, drops and jumps are a long way off at this point. I've watched a ton of videos on YouTube and although the riders are very advanced, they seem to easily move around on the bike like I used to do.

And would it be advantageous for me to lower my saddle when doing anything other than just cruising along on paved roads and trails? Unless your frame is significantly too large, the only thing that should be “pinning” you to it, really, is the seat height.

Example, climbing, you need to get your weight toward the front wheel, usually by bringing your chest close to the bars and keeping your hips over or forward of the cranks. **Also probably best to think of these things as keeping your center of gravity over the cranks as the “attack angle” of the bike changes, lest you get too obsessed with forward and rearward of the saddle. 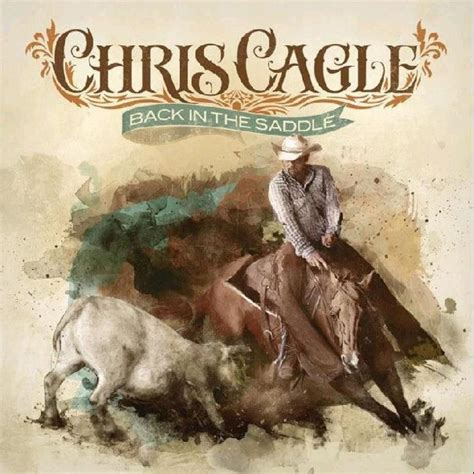 Hence, the dropper post, which lets you temporarily lower your seat for maneuvering and put it back up for straight lines and climbing. You can also adjust your seat a fraction of an inch or so down from optimal pedaling height and see if that gives you the ability to get around it a little better without hurting your knees.

If it's something other than saddle height that is making you feel this way, you may have the wrong size frame or maybe can shorten some things up with stems and bars It sounds like a dropper post is exactly what I need, as the seat is my main problem.

It sounds like a dropper post is exactly what I need, as the seat is my main problem. They aren't the greatest dropper ever, but they get the job done and because of various frame factors (seat tube diameter, free length), you can't just buy an expensive one and assume that you are going to be able to move it to your next bike.

I now have their internally routed Rainier on my new bike build it and it functions nice and smooth. Peddling efficiency isn't the primary concern when riding trails on your bike.

I think fit, and saddle (seat) height are still worth investigating first, including default position as mentioned by eb1888. Also, top, to frame this, droppers are very popular, and I absolutely agree that they'll make a huge difference for some riders, especially on challenging technical descents where you need to get your weight back as far as possible. 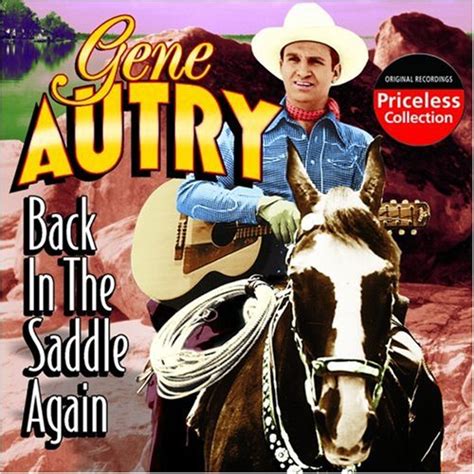 I don't want to sound negative, as Battery and Twice Horn are very welcoming, and people who use dropper posts swear by them. However, we're looking at a relatively new (back to new!) I think fit, and saddle (seat) height are still worth investigating first, including default position as mentioned by eb1888.

Also, top, to frame this, droppers are very popular, and I absolutely agree that they'll make a huge difference for some riders, especially on challenging technical descents where you need to get your weight back as far as possible. I tend to prefer solutions that don't cost money, at least initially. Also, as someone with a dropper post that is new to me, there is some technique involved that is probably best informed by having to go around a fixed saddle.

Before spending money on a dropper post, it would probably be a good idea to do some driveway/parking lot play on the bike with the seat manually lowered and simply practice some range of motion and balance stuff. You need to work on training that out. Forward/backward, side-side (while leaning the bike over as much as you can), up/down, figure 8's, balancing on boards laid on the ground, etc.

You can find plenty of YouTube AIDS that cover various parking lot/driveway drills you can work on. They're possible, but will require you to nail the body motions to get a much smaller effect from the bike.

It seems like body proportions affect folks' ability to move over the bike to some extent. Currently, I do most of my riding on paved roads and trails, hence the “efficient” peddling set up position. 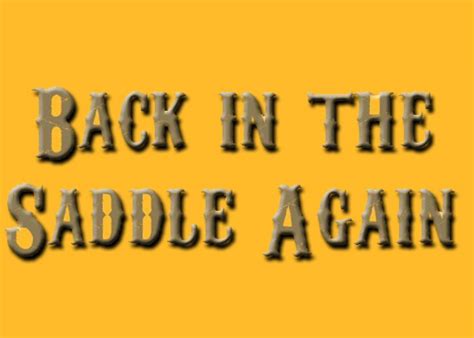 However, in the last week or two, I've been a little more adventuresome and have started wondering into slightly rougher areas and some “urban free riding” such as down small staircases, up and over large square curbs and some footpaths. That is where I started incurring some “control” problems that I mentioned. My stem and handlebar positions feel comfortable and allow for plenty of natural movement, so I guess I need to start playing with the seat height.

It seems like body proportions affect folks' ability to move over the bike to some extent. Longer arms allow for more... The more comfortable you are with a larger range of motion, the more you'll be able to do with your bike, even with a fixed seat post.

I learned to ride in the Midwest, and trails contained MANY short climbs and descents. So simply not worth manually dropping the post on the trail for every descent and then raising it again for the climb.