It has enabled them over many generations to protect themselves from predators and to defend their offspring (mares) or harems (stallions). For an animal like the horse that relies on its speed and endurance to escape prey species, fighting is a potentially life-threatening proposition even for the winner. 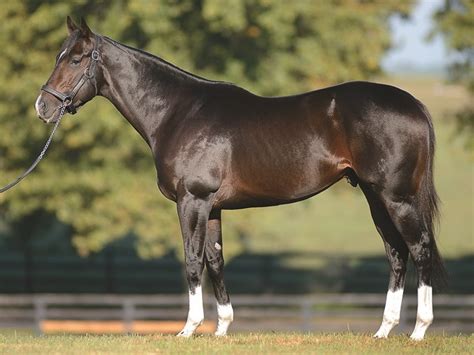 Injuries sustained fighting can debilitate an animal to the point that it becomes easy prey, prevents it finding adequate food and water or from keeping up with its herd. Many of the problems humans encounter in dealing with horses or other species could be avoided if we just learned to recognize what they were “saying” to us.

The horse is super BLY equipped for visual communication, which is probably the primary mode of expressing his feelings. In most situations either both his head and tail will be up or they will be down, rarely do the two extremes of his anatomy move in opposite directions.

The submissive horse has a lowered head and tail, and he will seem to be trying to slink along as low to the ground as he can. The more aggressive and dominant he feels the higher the tail and head will be carried and the more confident he will appear.

A somewhat elevated head with a tucked or partially raised tail may accompany a defensive threat. However, a sleepy horse will drop his head and tail, while a horse that is excited, eager to check out a new environment or one that is moving at a faster pace than a walk will also have an elevated head and tail carriage, so context is also important in judging posture.

The next set of clues to a horse’s mood come from his facial expression, particularly the movements of his ears and his mouth and nose. The aggressive horse’s ears are laid back against its head pushed hard against the skull. 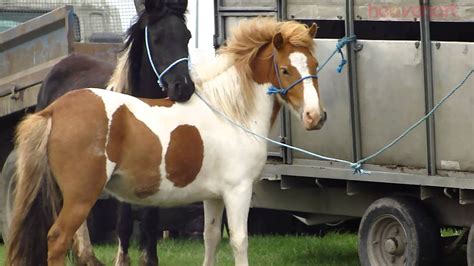 The submissive horse’s ears tend to spread out to the side, or they are held backwards but not pinned against the head. In young horses in particular a behavior that is usually described as jaw snapping or Unterlegenheitsgebärde signals submission.

This appeasing behavior has been variously described as either a ritualized grooming or eating display, both of which could be construed as calming, non-aggressive gestures. Other signals that can help us judge a horse’s intentions would include the way he orients his body.

If he turns his quarters towards the object of his attention, or pushes at it with his shoulder this would indicate either a dominant display or mild aggression. The tail will tuck under and the hindquarters will drop, while the head will deflect to the side, so he is not looking directly at the other animal.

They will be less likely to perform obsessive or stereotypical behaviors such as cribbing or stall walking if they can spend at least part of their day turned out either with other horses or where they can observe them over the fence. They may move other horses around constantly so that they cannot settle and graze, they may defend water or food piles from others, or they may show truly aggressive, antagonistic behavior to others.

Domestic horses are more likely to engage in such shenanigans than their wild counterparts, where the behavior is usually restricted to young colts. Likewise, if one horse is always the scapegoat he too should be removed and placed with more congenial companions, or allowed to watch the group from the safety of a different paddock.

Horses that have been raised in isolation from others of their species have a particularly hard time in groups, as do blind animals. They have not learned, or cannot see, the signals of mood and intent being given by their peers and are liable to act in a socially inappropriate fashion.

Horses are wonderful at picking up subtle nuances in our body language because that is how they communicate with each other. Horses need to be trained from their earliest interactions with humans to respect our space and accept our leadership.

While their bumping and jostling us, mouthing or even nipping may seem cute when they are tiny, they will not be appropriate when the horse is older, and they will be much harder, or in some cases impossible, to eliminate. Certainly getting a young foal used to being handled all over, accustomed to having his body manipulated and to strange sights and sounds at an early age will make these experiences easier for him when he is older.

Provided they are completed in a timely fashion and the mare is not disturbed by human intervention, performing this program immediately after birth appears neither to prevent the foal receiving sufficient colostrum, nor the formation of an appropriate maternal bond. With older horses certain interactions with humans tend to be more likely to produce aggressive responses.

Horses may aggressively demand treats and bite and nip if they are not delivered promptly. They cannot distinguish between biting on thick winter clothing and on bare summer arms, so this behavior should never be tolerated and allowed to become established.

They may get into mock fights with more feisty companions, but frequently these animals will be acceptable buddies if it is not feasible to keep another horse. As has been mentioned mares usually protect their foals and may resort to aggression in their defense, be it against other animals or humans.

They should be given adequate time to bond away from other horses and people, and should not be reintroduced into groups that include individuals liable to be excessively nosy, pushy or aggressive. Some mares, particularly young first time mothers, may reject and even attack their foals when they try to approach them or nurse.

A second handler should maneuver the foal to the dam, keeping it as close as possible to her flank so that if she does kick or bump it she won’t have much force behind the movement. If the mare continues to reject the foal, this method is usually to labor intensive for the long term.

Other signs of hyperadrenocorticism (Cushing’s disease) would be expected to accompany the behavioral changes, such as brittle coat, trouble shedding, a pot-belly and sway back as well as increased eating, drinking and urination. In mares, ovarian grandiose cell tumors also produce excessive testosterone, and they can become aggressive too.

For others progesterone or synthetic steroid hormones or some herbal remedies may help reduce the aggression and other unwanted behaviors. Replacing the missing hormone can completely control abnormal aggression in these horses.

Aggression in horses is a common reason for owners to seek help from equine behaviorists. Behaving aggressively is a 'costly' endeavor: fighting burns precious calories; it carries with it the risk of injury or death; it can attract predators; it results in increased physical and psychological stress.

In an effort to control access to resources, which may be restricted, such as food, breeding partners, water, space etc. While the belief that horse herds have linear hierarchies was debunked long-ago, it's an incorrect notion that sadly still persists.

What dominance is defined as, is a temporary relationship state between two animals to determine who will control access to a resource. Horses may behave aggressively towards people if they feel threatened, or if they are trying to escape or avoid doing what the person wants them to do. 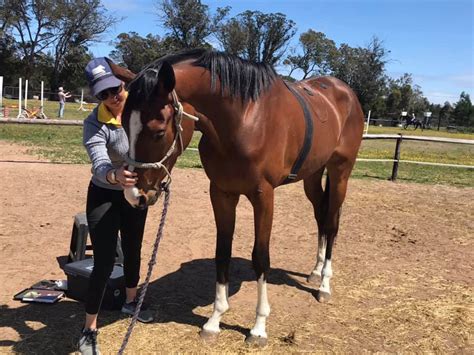 Next, seek the help of a qualified equine behaviorist or horse behavior consultant to help you safely resolve the issue. Even in a small domestic group, horses can show behaviors that we humans don’t always understand.

While most horses will work out their differences without human intervention, it’s still important to be aware of what’s going on. And having an enlightened view of our horses social interactions helps us appreciate them more, understand them better, and communicate with them more effectively.

Horses can also convey information through vocal sounds, such as whinnies, nickers, snorts, and blows, as well as hoof noises, like pawing and stomping. Researchers suggest that the strongest positive social signs that horses give are probably rather anticlimactic.

Standing close to each other likely tops the list, says Line Peerstrup Arndt, PhD, researcher in the department of animal science at Aarhus University, in Denmark. A close second is mutual grooming, where horses nibble at each other’s withers, neck, or back.

But handlers should understand that these negative behaviors don’t necessarily mean the horses aren’t getting along, Arndt says. Such communication serves the purpose of setting up and maintaining social hierarchies, which is a perfectly normal phenomenon among herds.

These rankings work to safeguard the herd, maintain family groups, and determine priority access to resources (food, water, and shelter). “We like to think of our horses as being nice and generous, but the thing is that what they’re really looking out for is themselves,” says Else Hartmann, PhD, of the Department of Animal Environment and Health at the Swedish University of Agricultural Sciences, in Appeal.

“You’ll see them hovering in entryways into shelters without actually going in, or keeping their heads over a shared water source,” Hartmann says. In fact, Hartmann adds, there isn’t necessarily one horse that’s the constant leader.

Fortunately, she and her fellow researchers developed a faster method: their “limited resource” test. By placing three bins of food in a herd’s pasture, they studied the interactions among 25 geldings for as few as 80 minutes over a four-day period.

“The results suggested that the less-time-consuming limited resource test can provide the same information regarding hierarchy based on aggressive encounters as when determined by field observations,” she says. Intermittent checks on your horses once or twice a day won’t give you an accurate picture, says Hartmann.

“What we do know is that they form close relationships with the horses in their subgroups, something similar to what we see in human friendships.” Each is stuck with the partner that we’ve chosen, and he will have to make do with that horse to meet his social needs.

), as Swiss researcher Sabrina Briefer-Freymond, PhD, observed in up to eight of her country’s National Stud stallions living peacefully together for two years (for the full study see TheHorse.com/31929). But while we strive to respect horses natural rhythms and behaviors, we do still have a “responsibility” to step in when things go wrong, Hartmann says.

Tie the horses up during mealtimes, or separate the slow eater until he’s finished. “But if you see that the aggression level is unnecessarily high, and if the other horse isn’t walking away to protect itself, then you may need to intervene and perhaps change out the members of the group.” Still, time might fix the problem, as horses learn from their experiences, Hartmann adds.