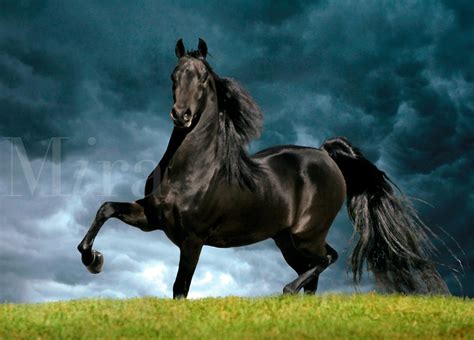 Their ancestors rode into battle across America, hauled wagons, pulled plows, and provided meat and the raw materials for products like glue and dog food. The horses in front of me, born on this lava-rock crusted high desert in far Northern California, had no idea that the small group of humans at this September “gather” had planned to find them loving homes and a life of fresh hay, warm barns and veterinary care.

To them, we were as dangerous as the 200-pound mountain lion that had recently developed a taste for Devil’s Garden foals. For years, I’ve been wanting to write about these horses and the wild herds that have grown to unsustainable levels across rang elands and Western deserts.

I sat there in the dirt watching those skittish horses, itchy nonnative medusa head grass creeping under my shirt. Every once in a while, someone will find a deer, a lamb or a calf that’s still alive, even though coyotes have eaten the flesh off its hindquarters.

Hardly the concentration camps advocates describe when they talk about what happens to these horses after one of these roundups. “How do you get the attention of the public who doesn’t want to see past the romance?” she asked as her gaze locked mine under her dusty gray baseball cap.

Ed,” films like “Bambi” and living increasingly in subdivisions instead of on farms changed the way Americans thought of animals. Mustangs, in turn, came to symbolize the romance of the rugged American West, popularized by the hundreds of Western movies and television shows of that era.

In 1961, “The Misfits,” starring Clark Gable and Marilyn Monroe, featured down-and-out cowboys in Nevada lassoing terrified wild mustangs to sell to dog food factories. “Congress finds and declares that wild free-roaming horses and burros are living symbols of the historic and pioneer spirit of the West; that they contribute to the diversity of life forms within the Nation and enrich the lives of the American people; and that these horses and burros are fast disappearing from the American scene,” the act reads.

The law requires that wild, free-roaming horses and burros “be protected from capture, branding, harassment, or death; and to accomplish this they are to be considered in the area where presently found, as an integral part of the natural system of the public lands.” The number of horses and burros on BLM land is three times higher than the landscape can sustainably support, according to the agency.

Scientific studies have shown overpopulated horse herds cause major damage to the deserts they inhabit. The federal government says it will cost to get the herds down to manageable levels and to care for the animals when they’re captured.

Since federal authorities are prohibited from euthanizing the horses or selling them directly to slaughter, these herds must get adopted or sold for a small fee. It’s much harder to find an owner with the horsemanship skills and resources to care for an aging mare or stallion whose first instinct is to tear through a fence or kick someone’s head in.

The same overpopulation problems plague the Devil’s Garden Plateau Wild Horse Territory, managed by the U.S. Forest Service. The feds in 2013 set a population management goal of no more than 402 adult horses on the territory’s 258,000 acres.

Federal officials say it could have been an under count, given the difficulty of spotting horses inside the hilly juniper forests, unlike in the open deserts elsewhere in the West. For decades before they were federally protected in the 1970s, ranchers actively managed the “wild” Devil’s Garden herds, taking stock out and adding new animals to get desirable genetic lines, and even renting out horses to fellow farmers.

That makes Devil’s Garden horses easier to adapt to a life in captivity than the mustangs elsewhere in the West, some of which can trace their ancestry to stock Spanish explorers brought to America in the 16th and 17th centuries. DNA analyses show the Devil’s Garden herd contains traces of 200 types of horse breeds, but none from Spanish mustangs, said Ken Sandusky, a spokesman for the MOOC National Forest.

Because they’re from more docile breeds and have only gone a few decades without some form of human handling, people line up to take one home, even the older horses. Only 12 of the horses, less desirable because of their age or their common coloration, gathered last year remained in the Devil’s Garden corrals.

Even after this year’s roundup took 506 of them off the range, the population is estimated at over 1,000 adult animals, more than twice the number that this troubled landscape can support. Wild horses run as they are herded up Thursday, Sept. 10, 2020, in Devil’s Garden in the MOOC National Forest.

Out here, the ranchers who have a permit to graze cattle are required to build barbed wire fences to keep their livestock out of some protected springs that bubble up from the lava rock. These permanent riparian areas are critical to the long-term survival of native wildlife in this high desert.

The fences, which deer and elk are able to leap, must have a smooth wire along the bottom to allow local pronghorn antelope, which can’t jump very well, and smaller animals to crawl under. At one site I visited, the horses pushed down the barbed wire, shearing many of the metal T-posts off at the base.

“This site should be surrounded by vegetation,” said Sandusky, the MOOC National Forest’s public affairs officer. Sandusky told me in other parts of the forest, the horses had trampled less-rocky springs so much that they had actually stopped flowing.

Ken Sandusky, a spokesman for the MOOC National Forest, looks at a headwaters spring where the native grasses were trampled and eaten by horses on Sept. 11, 2020. Horse hooves trampling wetlands like these are bad news for fairy shrimp, a unique species of crustacean that hatch in seasonal Devil’s Garden “vernal pools” that bloom to life after the spring thaw.

In the mid-20th century, there were close to 45,000 animals in what’s known as the interstate mule deer herd that winters on the Devil’s Garden. As Sandusky and I walked around the hoof-stomped oasis, we spotted small groups of horses that had come to drink and graze on what was left of the grass.

Each year, some 26,537 cattle graze on the MOOC National Forest under 82 federal permits issued to ranchers. The Forest Service defends the practice, saying it’s obligated under federal law to allow grazing.

At a conference in Reno last year, San Sliver, the sagebrush initiative coordinator with the Western Association of Fish and Wildlife Agencies, saw just how emotional wild horse advocates get at the prospect of their beloved animals getting surgically mutilated. There, a veterinarian gave a talk about how he and a few colleagues could spay 40 mares in an afternoon using a livestock “squeeze chute.” Each procedure would take 15 minutes and the horses would be fully mobile and ready to return to the range within a couple of hours.

Sliver thought it was a good compromise that could quickly limit the number of horses while allowing them to live out their days in the wild. Even if sterilization works, the horses still have to live out here in the elements, without reliable food and veterinary care, the prospect of a miserable, indifferent death around every bend and hill.

I have little doubt, despite a federal ban on horse-meat slaughterhouses and new wild horse owners being required since the 1980s to sign affidavits saying they won’t sell their animals for slaughter. During the years the government fought the suit, putting roundups on hold, the population had more than doubled to 2,246.

In late November, a month after the round-up chopper quit flying, I returned to the Garden on a morning when temperatures had dipped to the low 20s, so I could watch a group of 4-H kids come with their families to pick out horses they were going to adopt in the coming weeks, as part of a program that gives the kids first pick after a gather. The horses were still a touch skittish and moved into the opposite end of the pens from the families who peered through the corral fences.

At one point, one of the foals walked up to sniff the outstretched hand of 9-year-old Mason Seville, who’d come up from the Los Gatos area to find his horse. Ryan Sallow covers environment, general news and enterprise and investigative stories for McCarthy’s Western newspapers.

Before joining The Bee in 2015, he was a reporter at The Auburn Journal, The Redding Record Searchlight and The Indianapolis Star. It is thought that today’s wild horses in Greece resulted from their owners abandoning them during this period of urban migration.

On account of their migrating patterns, it is difficult to keep an accurate record of the population of wild horses in Greece. However, researchers state that they have seen a dramatic decrease in the number of wild horses in the past 20 years.

Kid (Kids Majestic CLU) is a 12 yr. Old Registered Gelding. He stands at 14.3 HH and is Super Gentle, very Athletic and looking for a job.

Beautiful Exchange Rate mare o/o FANCY POINT. This mare is a half to Majestic Bonnie and comes from the family of Fancy Fusaichi, and Fancy Ribbons.

One of his most enchanting series to date, titled In the Realm of Legends, captures the one-of-a-kind beauty of Icelandic horses, who majestically roam the surrounding territory. Though many opt to capture the stunning landscapes that Iceland has to offer, Dogged takes it one step further by also embracing its unique equestrian population to create a union of myth and fantasy that's almost too good to be true. 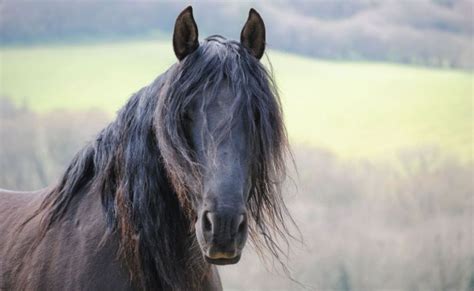 “The waterfalls are incredibly loud and almost violently beautiful, yet the horses were calm, standing mere feet from the millions of gallons of rushing water,” Dogged recalls. After graduating with a BA in Fashion and Textile Design in 2013, Emma decided to combine her love of art with her passion for writing.

Real -life Black Beauty and his majestic hair-do might just be the world’s most handsome horseFrederik the Great, with a shake of his lustrous mane, would doubtless agree. The horse who shares his name with the 18th century ruler of Prussia certainly has a haughty demeanor befitting of his pedigree.

It’s like someone crossed a horse with the hunky lead from a romance novel,’ wrote one enraptured fan. Frederik’s first-born, Vaughn, shares the same striking appearance, and, at just nine months old, is said to be completely adorable.

Gypsy Blu Owners Kim Strength and Marianne Gere are helping to put the “spirit” back into the holiday this year as they partner with Anheuser-Busch and Budweiser to bring the Clydesdale horses to Ambler on Saturday, December 12 starting at 2 p.m., according to a press release. The two women have worked with Anheuser-Busch and Budweiser, as well as the Ambler community, to bring the magical Clydesdale horses to Ambler to kick off the holiday parade and tree lighting ceremony, which will be held outside Gypsy Blu at approximately 5 p.m. 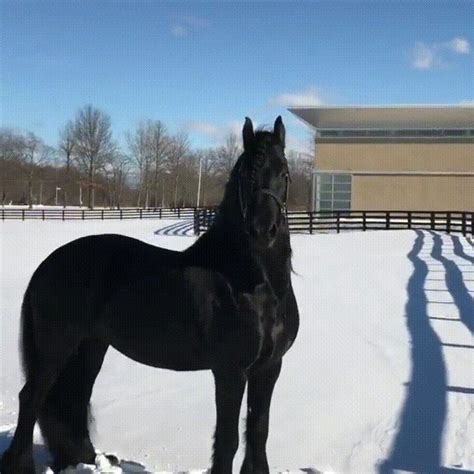 The majestic eight horses will arrive at approximately 2 p.m. and will be stationed at the Italian American Citizens Club of Ambler, which is located at 211 W. Butler Pike. They will be unloaded from their trailers and be hitched to their specially-decorated, holiday wagon and from there, the Clydesdale's will parade down Butler Pike stopping to take photos with attendees.

During the festivities, the horses will stop at Gypsy Blu to deliver a signature case of Budweiser Beer. Following the parade, a tree lighting ceremony will commence at approximately 5 p.m. on the front patio of Gypsy Blu where community attendees and guests are invited to gather to watch the event.

Gypsy Blu and Anheuser-Busch and Budweiser have also teamed up to institute a designated driver program for the day. Other public transportation will also be provided and access to Amber's railroad schedules will be posted on key websites as details are confirmed.