David L. Layman and Homer B. SewellDepartment of Animal Sciences Formulating a ration is a matter of combining feeds to make a ration that will be eaten in the amount needed to supply the daily nutrient requirements of the animal. In addition to being nutritionally adequate, a good cattle ration should be economical, palatable and free of toxic substances. 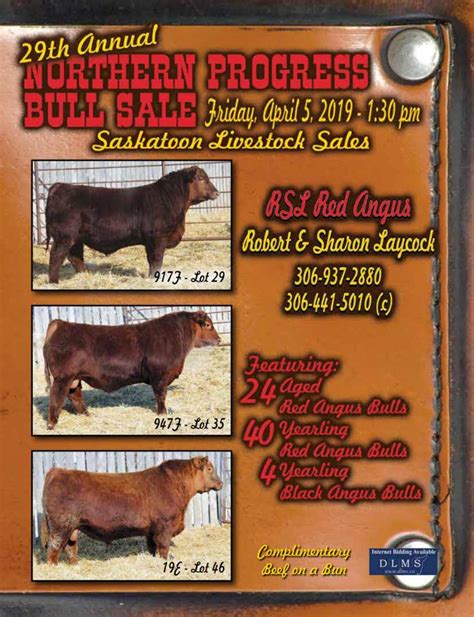 Efficiency is increased when rations are consumed at a level to supply a larger amount of energy in relation to body weight. This is due to a larger daily energy intake on this type of ration, which results in a larger percentage of the daily energy being left for gain after body maintenance requirements have been met.

The computer is useful in building a ration with those feeds that meet the nutritional requirements of the animal at the lowest cost. Some examples of beef cattle rations for different feeding and management systems are given in Tables 1 and 2.

Good formulas for premixes and protein mixtures are available from agricultural experiment stations if you prefer to mix them yourself. Urea and other non-protein nitrogen compounds can be used to replace part of the protein in ruminant rations.

Liquid and dry urea supplements appear to be equal in value for beef cattle. The available energy level of the ration limits the efficiency of cattle in using urea as a replacement for plant protein.

Trace minerals such as iodine, copper, cobalt, zinc and selenium have been shown deficient sometimes in feed stuffs used in practical cattle rations. Selenium may be deficient for cattle and sheep in grains, crop wastes, rescue and other grasses grown on certain Missouri soils.

Selenium supplementation increased the daily gain of steers grazing summer rescue pasture at the MU Research Farm. When fed with grass hay or silage, high-grain rations require more calcium than phosphorus supplementation to correct deficiencies and keep the calcium-phosphorus ratio between 1:1 and 2:1.

An exception would be a need for B vitamins in the receiving ration of stressed feeder cattle. Vitamin D additions are normally unnecessary in the ration if animals are exposed to sunlight.

Most rations fed to beef cattle in Missouri are adequate in vitamin E. Adding two to five IU of vitamin E per pound of high-grain rations devoid of leafy roughage has increased feedlot cattle performance in a few Corn Belt trials, but not in others. Injecting new feeder cattle with vitamin E may reduce the incidence and severity of sickness in the starting phase. 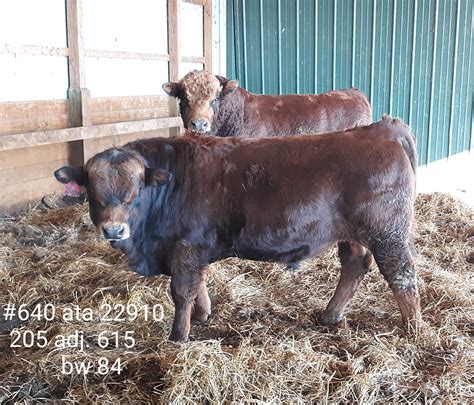 Melengestrol Acetate MGA® is a hormone material added to the ration of feedlot heifers. It improves rate of gain and feed utilization and suppresses estrus in feedlot heifers.

Improvement from antibiotics can be expected to vary greatly with different groups of cattle and feedlot conditions. Be sure to follow label instructions for the number of days prior to slaughter that drugs and additives are to be withdrawn.

With the possible exception of whole shelled corn, a higher level of management is needed to make this system work under feedlot conditions. In most cases, rate and consistency of gain have been slightly in favor of minimum roughage rather than all-concentrate rations.

Two-year-old bulls graze at Buddy Westphalia’s Valley View Charolais Ranch near Poison, Montana, in preparation for sale. For many years, most seed stock breeders overfed young bulls, often putting them on high concentrate rations for feed trials to see how much they could gain in a short time.

Some bulls were gaining four or more pounds per day, which can be detrimental to future fertility and soundness. John P. Gaelic, DVD, PhD, cattle reproductive health, University of Calgary has done many studies on nutrition in bulls.

There is good evidence to show that if you feed bulls high-energy diets after weaning, you get very rapid weight gain, but you also create a lot of problems with excessive fat in the scrotum, reduction in semen quality, more risk for laminates/founder, liver abscesses, amenities, etc. These bulls can end up with liver abscesses, damaged claws and feet, and in some cases permanent reduction in number of sperm produced and often poor semen quality.

According to Duane Michelsen, DVD, a cattle breeder near Pullman, Washington (retired from the faculty at Washington State University, where he did fertility studies in beef cattle for many years, and thousands of breeding soundness exams on bulls) says most purebred breeders are going away from this type of overfeeding because they now realize the permanent damage that can be done. Feed and management of these young bulls is very important, however, to ensure that they can stay sound and fertile.

Mark and Della Else raise purebred Herefords and Angus near Townsend, Montana. “Together we’ve come up with a target goal of having them gain about three pounds a day, and we don’t get too aggressive.

“We’ve had good luck with this program in terms of bulls maintaining soundness,” he says. They are fed a ration that contains chopped hay and straw, along with a bull developer pellet.

“When growing bulls, it’s important that the ration is geared toward longevity and soundness as well as growth and gain. “In our program, we want to give young bulls every chance to exhibit their performance, but at the same time keep them sound and not too fat.

“Our bulls are on a 130 to 140-day gain test on this feed, then the 70 days before they go into our sale we feed more hay and just coast them, so they can make a transition to grass and not melt.” This also enables lumen microbes to change from the more concentrated ration to grass (cellulose) more easily than from a higher starch diet. “What we’ve used for many years that really helps these young bulls is flax based lick supplements.

We put tubs out for them, and found that this supplement helps with scrotal development and semen quality,” he says. Feeding young bulls is always a balancing act, walking a fine line between over-feeding and providing nutrition for optimum growth.

There are some cattle that can handle a little more feed and performance and still stay sound and fertile, while others can’t,” says Holden. We’ve done some fine-tuning over the years, to minimize bloat issues or digestive problems, and have backed our gains off just a little,” he says.

The bulls are weighed a couple of times while on test, to see how they are doing as a group, and as individuals, to know if feed should be adjusted to have them gaining a little more or a little less. Feeding a moderate ration and not pushing them too much helps avoid foot problems and fat in the scrotum (which interferes with fertility).

He feels that breeders need to give bulls a chance to perform but not cross the line and feed too much. Bulls are often managed as one group even though there may be large differences in age, size, and body condition.

Many seed stock producers have established specific feeding programs to fit the desired animal performance (where bulls show their genetic potential and are cost-efficient). Being overly fat also increases stress on the bull and limits his ability to travel and search out and service cows that are in heat.

Pre-reading Nutrition Traditional management of beef calves (including bulls) is to maintain them on their dam until normal weaning at 6 to 9 months of age. Management options such as early weaning or creep feeding can be considered when the calves’ plane of nutrition is less than desired.

Undernutrition results in delayed puberty, and over nutrition can reduce semen production and quality. Diets should be balanced to meet the nutrient requirements for the desired animal performance and body condition score should be monitored to ensure that the bulls are not being under- or over nourished.

For breeds that are known to reach puberty later, a common practice is to place the bulls on a slightly higher plane of nutrition (60 to 70% concentrate). Thin bulls should be put on a ration with a higher level of energy to increase rate of gain.

If bulls purchased or previously in your ownership are in good condition, you will need to ensure that they are adapted to high-forage rations prior to turn out. A bull that gets extremely thin during the breeding season may want to be replaced because his ability to service the cows will probably be reduced.

Mature bulls in fairly good condition after the breeding season can be managed on pasture or an all roughage diet without supplements during the winter. Rations should be modified based on available feed ingredients and to manage the bulls to maintain moderate body condition.

Young bulls are still growing, so the ration should be formulated to gain 1.5 to 2.0 pounds per day, depending on the magnitude of weight loss during breeding. The need to supplement young bulls on summer/fall pasture will depend on the quality and quantity of forage available.

The best method for developing a diet for bulls is to test potential feeds and formulate a ration based on age, size, and desired performance. Two Breeding Seasons Per Year Some producers have both spring and fall calving herds, hence double-using bulls.

Young bulls may need to gain 2.0 to 2.5 pounds per day to recover from weight loss. Seed stock and commercial beef producers want quality beef bulls that are capable of breeding cows as a yearling (producing quality semen) and are physically able to seek out cows and heifers on pasture.