Horseback Racing is one of the ancient entertainment for human beings that remain to exist as the same spirit in modern civilization. Horse racing is the competition between two or more horses where the involvement of money and many parties benefited from the sports. 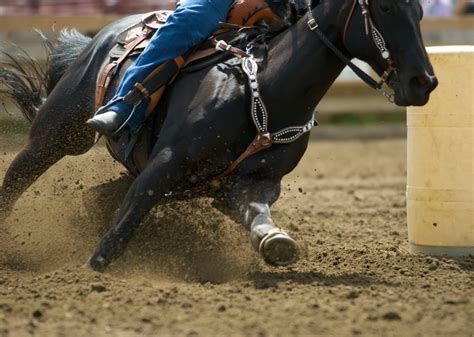 In the modern era, horse racing developed from a diversion of the leisure class into a huge public-entertainment business. A well-recorded data regarding sire(Father) and dam(mother) performance in racing and breeding history should be maintained and well known to you.

The Arabian horse is the most popular breed horse that widely used in racing, showing purpose, equestrian sports, movies, parades, circus, and other places. The most prominent racehorse in the world is Thoroughbred that originated in England during the 17th century by breeding a native mare with Arabian, Barb, and Turk man stallion.

They are bigger than their oriental forebears, with long legs, muscular and robust body, short back, deep chest, broad head, and larger nostrils. The characteristics of the quarter horse are a healthy well-muscled body, small, short, and refined head, broad chest, and powerful and rounded hindquarters.

The alternate name of the breed is Trotter Pacer which is originated in the United States of America. In addition to harness racing, the standard bred is used for a variety of equestrian qualities- including horse show and pleasure riding particularly in mid-western and eastern United States and southern Ontario. 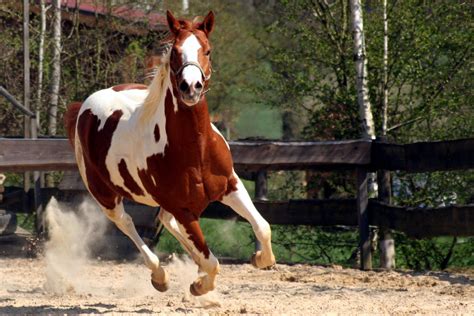 They have characteristics of a long body, well-muscled, solid legs, powerful shoulder and hindquarters in some cases heavier than the thoroughbred. The American paint horse is highly popular and known for their marking and excellent color, intelligence, and unique refinement makes most favorite.

The color is bay, chestnut, black, palomino, gray, buckskin, and blue roan. The two dominant coat patterns of the Paint horse, the over, and Tobago are distinguished by the position of the white coloring on the body.

Appaloosa is well familiar for western competition(reining, cutting, roping), Look-see sports (Barrel racing and pole bending), and English disciplines (evening, fox hunting, and show jumping) Andalusian is a pure Spanish Horse that originated in the Iberian Peninsula where its ancestors lived for thousands of years.

The average height ranges from 61 to 65 inches and body weight from 450 t0 500 kg which is a well known medium horse. Due to easy train ability, athletes, and recent performance in Olympic, Andalusian is the original dressage horse.

American Miniature horse has very lengthy and angled shoulders, long and flexible neck, well-formed forearms, wide-set eyes, large nostrils, pointed ears, and a well muscular developed body. The American Miniature is gentle and friendly, curious, and playful horses so you can keep it as a pet for children. 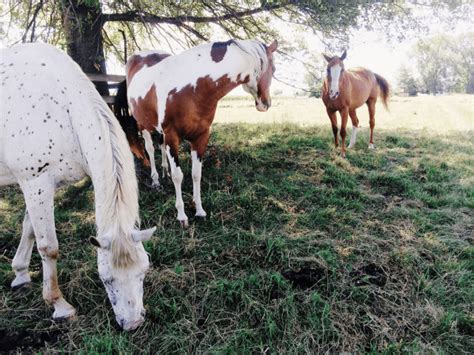 They are widely used in horse shows including halter, in-hand hunter and jumper, driving, liberty, costume, obstacle or trial classes, and showmanship. Akhil Take is the reputed horse breed for intelligence, endurance, and metallic sheen which originated in Turkmenistan where they are the national emblem.

They are characterized by a straight head, almond-shaped or “hooded eyes,” well muscular body, and glossy skin. Akhil Take horses used around the world have performed well in dressage, showjumping, evening, and the famous racehorse in Russia and Turkmenistan.

Black Forest horses include a dark chestnut coat color with flaxen mane and tail, short head, muscular neck, well laid back shoulder, wide coup, and expansive gaits. The Tennessee Walker has a finely chiseled head, large eyes, short and erect ears, which is 59 to 66 inches in height and 900 to 1200 lbs of body weight.

Tennessee Walker was developed for use in farmland for smooth work but now is equally used in English or Western track or competition racing or show ring or trail. Popularly used in show horses and movies of Television serial Tennessee Walker are favorite as well.

The standard breed height from 59 to 64 inches and weight ranges from 450 to 500 kg which is most commonly bay, black, and chestnut color. Many countries developed Warm blood horses for riding, drawing wagons, and carriages. 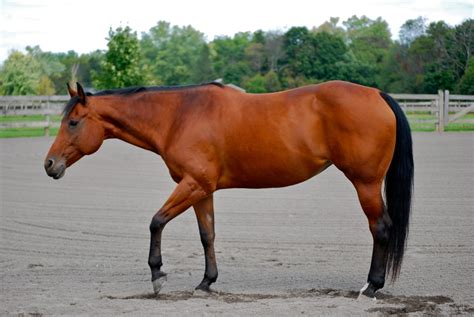 The standard height of French Trotters is 61 to 65 inches and body weight 500 to 650 kg, and they are usually in solid colors like bay, chestnut, or brown. The French trotters are excellent riding and driving trotting and well-balanced and level astride.

After the racing carrier, the French Trotters are widely used in Remount training for hunts and equestrian sports. The horse breed first developed in 1735 AD at the state stud cell by the importation of 12 stallions from Holstein.

You will find hundreds of horse breed for rearing, riding, and companion animals but all are not fit for racing horses. In the above discussion, I have tried to bring all racehorse breeds in one article, and you can take a quick decision with this much information.

When asked about horse racing breeds most people will, without hesitation, say the Thoroughbred and while there can be no doubt that it certainly is the most famous racing breed it’s by no means the only one. All races are run over a flat track without any jumps, the tracks themselves, which are measured in furlongs (A furlong is an eighth of a mile (660 feet/220 yards)), can range from 400 m (440 3 yards) to 4 km (2.5 miles) and tend to be oval-shaped, although this can vary.

The original idea behind flat racing was purely as a competition between at least two horses to see which one was the fastest. By far the most famous steeplechase is Great Britain’s Grand National which is held in Liverpool every year. 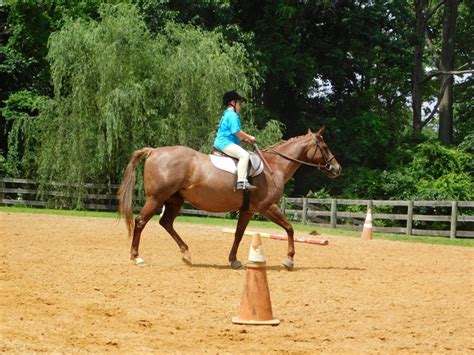 Some countries also have point-to-point racers that are open to amateur riders and horses that have never run in a professional steeplechase race. Harness racing is only open to a certain type of horse called a trotter.

The ideal endurance horse is fast but doesn’t tire easily. Some races are run over the desert so the capacity to perform well under extreme heat is highly beneficial.

Character: Thoroughbreds are world-famous for their speed, but they are also highly intelligent horses that have a spirited nature. They’re friendly horses but aren’t necessarily suited to being handled by inexperienced riders.

Country of Origin: United Kingdom Best suited too: Flat, steeplechase, point-to-point, and endurance. It’s no surprise that the Thoroughbred is the most popular breed for flat and steeplechase racing, especially when you consider that it was developed solely as a racing horse.

Country of Origin: Arabian Peninsula Best suited too: Endurance, barrel, and flat. For thousands of years, they’ve been bred by the nomadic Bedouins who needed a sturdy warhorse that had plenty of energy and stamina as well as an ability to survive with little water. 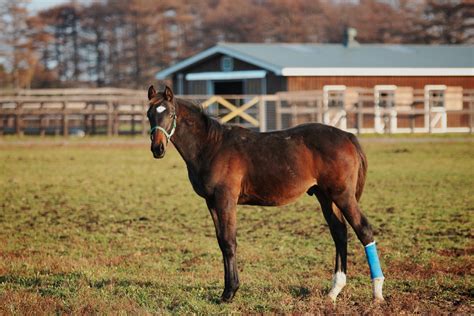 Being hot-blooded, their skin is thinner than that of other breeds which helps them to keep cool in the heat of the desert. This thin skin though also works well to stop them overheating which is just one reason why they make such good endurance horses.

Having to travel vast distances in search of water has helped them to develop their phenomenal stamina, this means that in theory, they don’t need as much water as other horses (although I wouldn’t recommend this). Country of Origin: USA Best suited too: Flat (especially 1/4 mile), endurance, and barrel.

Today, if you ask most people about the Quarter Horse they’ll tell you about their natural cow sense and how they can turn on a sixpence but probably won’t mention their speed. All Appaloosas, regardless of their coloring, have mottled skin around their eyes, muzzles, and genitals.

Character: Appaloosas are versatile and willing horses that are loved for their loyal and friendly natures. Country of Origin: USA Best suited too: Endurance, flat, and barrel.

Top speed: The Appaloosa can regularly cover the ground at an incredible 43mph (69 km/h). When you consider that the Appaloosa has Thoroughbred, Arabian and Quarter Horse blood in its history it’s not difficult to see why they can, and do, make great racehorses.

Whether it’s flat racing, endurance or running the barrels the Appaloosa can do it all, but it also does it with a splash of color! Country of Origin: USA Best suited too: Harness and saddle trot.

Considered by many to the best trotting breed in the world, the Standard bred was purposely created during the 19th century as a harness racing horse. Character: French Trotters are energetic horses that are easy to train.

The French Trotter was developed by crossing Thoroughbreds with the, now extinct, Norfolk Trotter in an attempt to create a fast trotting horse that could easily be raced in harness or under saddle. In the early 1930s, the studbook was closed to all horses except purebred French Trotters, although today crosses with Standardized are allowed.

Color: Grey, bay, black, and chestnut are the most commonly found. Country of Origin: Russia Best suited too: Harness and saddle trot. 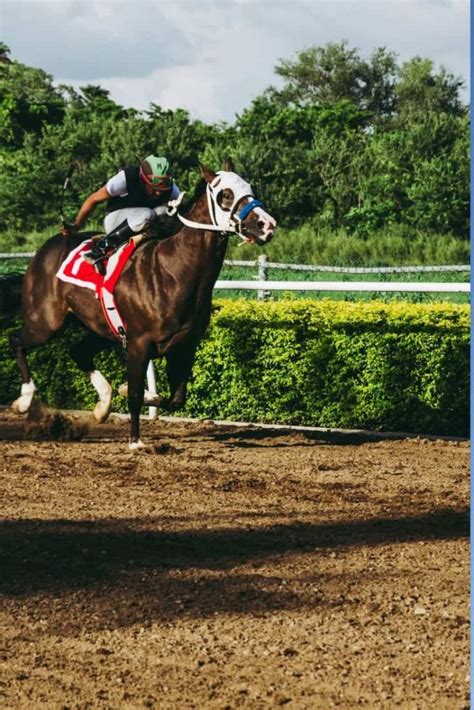 Top speed: The fastest Orlon Trotter set a record for covering 3500 feet in 1 minute 32 seconds which works out to be 26mph (41.69 km/h). It was Count Orlon’s intention to develop a breed that was not only able to endure the harsh Russian climate but was also capable of traveling vast distances regularly.

He wanted the horse to have a long-striding trot that could cover plenty of ground so that it didn’t tire easily. Country of Origin: United Kingdom Best suited too: Flat and steeplechase.