However, tall, athletic, and lean horses tend to dominate the higher levels of evening. If you are looking for a reliable and athletic evening horse to get you started in the sport, these breeds are some of the best options. 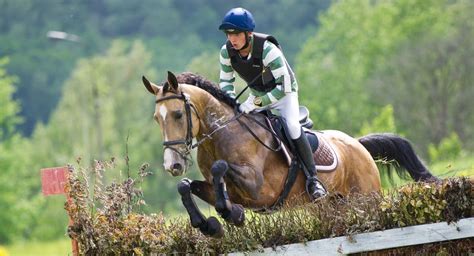 Height: 14-16 hands Country of Origin: America Characteristics: Quarter horses are known for being athletic, sturdy, calm, and easy-going. Though most people associate Quarter horses with western riding, they can excel in many disciplines including evening.

With sturdy builds and calm personalities, they are a reliable mount for beginner horses. Height: 15-17 hands Country of Origin: England Characteristics: Thoroughbreds are known for their speed, athleticism, courage, and friendly nature.

Considered the fastest breed of horse, Thoroughbreds are well-known for their athleticism and excel in the field of evening. Their slim builds and great stamina allow them to successfully complete all three sections of this elite sport.

Their wonderful spirits and overall pleasant attitudes make them successful sport horses. Height: 14.1 – 15.3 hands Country of Origin: America Characteristics: Morgans are known for strength, style, athleticism and stamina, along with their willingness to please and kind dispositions.

Morgans are athletic, elegant, intelligent and reliable, making them wonderful eventinghorses for those new to the sport. Height: 15.2-16.3 hands Country of Origin: France Characteristics: Anglo-Arabians are known for strength, endurance, agility, and intelligence, all while being energetic with a kind disposition. 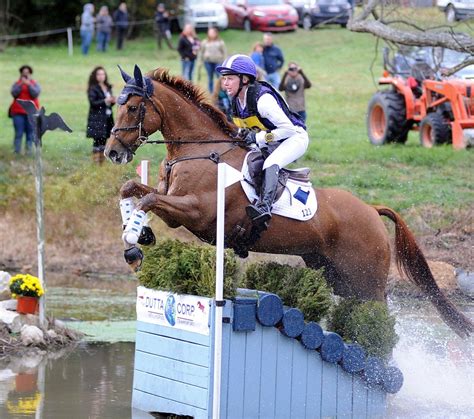 Bred from Arabians and Thoroughbred, this exciting breed has endurance, speed, elegance, and athleticism. From beginners to top Olympic competitors, many riders have found success with this trusty breed.

Height: 15-17 hands Country of Origin: Ireland Characteristics: Irish Sport horses are known for their strength, athleticism and agility, as well as having friendly personalities. Height: 15-17 hands Country of Origin: Netherlands Characteristics: Dutch Warm bloods are known for their athleticism, reliability, and agility, as well as being friendly.

Their refined builds and strong work ethic have made them wonderful athletes in competition. Height: 15-17 hands Country of Origin: Germany Characteristics: Hanoverian's are known for their style, athleticism, and reliability, as well as their willingness to please.

Their exceptional physical fitness, reliability, and refined builds have allowed them to become stars in the sport horse industry. Height: 15.1-17.3 hands Country of Origin: France Characteristics: Sell Français are known for their agility, elegance, power, and athleticism, as well as being willing to please.

Tall, athletic and powerful, it’s no wonder why the Sell Français dominates evening at all levels. Their powerful hindquarters, muscular legs, and beautiful way of moving to make them excellent performers in dressage and jumping. 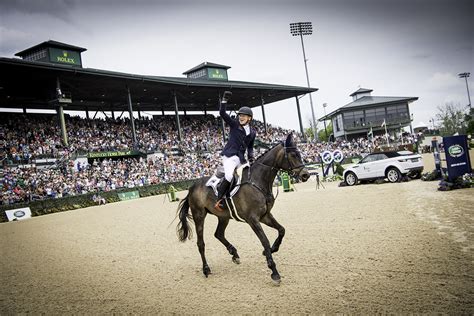 Sell Français horses are Olympic caliber athletes and many top riders have found success with them. Height: 16-17 hands Country of Origin: Germany Characteristics: Holsteins are known for their power, athleticism, and grace, as well as being easy-going and hardworking.

The Holstein er has become a popular evening horse thanks to their great athletic ability and movement. With outstanding train ability and ride ability, they have found success from the beginner novice level all the way to the Olympics.

Their strong backs, powerful legs, and elegant arched necks allow them to be agile and graceful while competing. CCI consists of CCI-L (Long) and CIC to CCI-S (Short) that are made up of the star levels.

Ideally an evening horse should have plenty of bravery but not be headstrong and just run at fences. Another thing that people look for in eventinghorses a natural uphill balance and well-balanced canter.

Of course, if you’re just starting out as an entry-level evener your requirements for a horse, while obviously important, won’t be as crucial as that of a top-level competitor and this can make a difference to the breed you may or may not go for. After all, while pretty much any Warm blood would be great for all levels, something like an Appaloosa may be ideal for national competitions but you’ll be unlikely to see them at an International event, unfortunately. 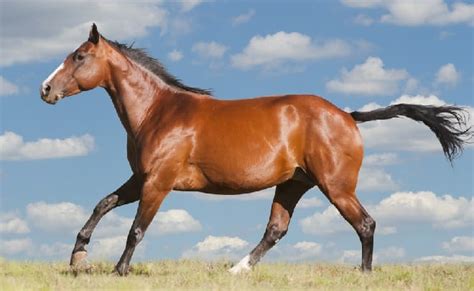 Character: Thoroughbreds are versatile horses that are most famous for their speed. The Thoroughbred is primarily known as a racehorse but it’s helped in the development of so many ‘ evening breeds that its only right it should have its own place on this list.

As a racehorse, there’s no question over their speed but you may not realize that there are a number of different types of Thoroughbred. Now officially recognized as a breed, the Anglo-Arabian, which was first bred in 1833 at France’s Le Pin National Stud, is a cross between a Thoroughbred and an Arabian.

It combines the best traits of both breeds, such as strength, stamina, endurance and power, to produce an all-round great riding horse that’s perfect for evening. Character: Appendix Quarter Horses are easy to keep and are highly sociable, they also have plenty of controlled energy.

They inherit the Quarter Horse’s personality, endurance and courage while the Thoroughbred gives them their speed and powerful jump. Character: Irish Drafts love to be around people but are also extremely hard-working horses.

Over the centuries the Irish Draft has evolved, with the aid of selective breeding, into a horse that not only has a great jump but is also tough enough to be able to gallop for prolonged periods while at the same time having a gentle ‘child’ friendly temperament. Irish Draft facts The Irish Draft has very tough feet that can withstand the impact of landing on the hard ground, this is part of the reason why they have helped in the development of so many ‘jumping’ breeds.

In the United Kingdom, all police horses are Irish Drafts because of their gentle personality but unflappable nature. The Swedish Warm blood is thought to have descended from the original Scandinavian horse that inhabited the region around 4000BC.

This horse was known to have been highly strung and more pony-sized, but during the 16th century Spanish, Oriental and Frisian stallions were introduced to help improve the breed and produce a horse that was suitable for Sweden’s royal stables as well as for its cavalries. They’re comfortable to ride and make great dressage horses as well as events.

While its registry was only established in the 1960s the Danish Warbled’s heritage can be traced back to the 14th century horses that the Historian monks helped to develop. It wasn’t long before the breed began to shine on the international stage, and with a scope jump and plenty of speed, it’s not difficult to understand why.

When we talk about international level horses we’re generally referring to Olympic and World Class breeds that have won multiple gold medals at various events and all of these breeds are exactly that. Despite centuries of crossbreeding between the two it wasn’t officially recognized as a breed until the early 1920s.

During the 1990s Hanoverian, Sell Français and Takeover horses were added to the bloodline to increase its athleticism even further. Some people argue that the Hanoverian isn’t an international level horse because although it excels in showjumping and dressage it doesn’t quite have the speed for evening but considering it was placed 2nd in last year’s WB FSH rankings I think it definitely does have the speed. 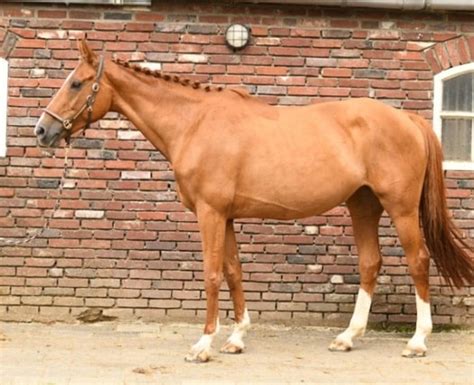 The breed can trace its heritage back to King George I of England who, during the early 1700s, was an elector of Hanover. During this time he introduced British Thoroughbreds and crossed them with German breeds such as the Holstein er.

This helped to produce a light, dual-purpose horse that was just as happy in harness as it was under saddle. Hanoverian facts Before being allowed to stand a stud, all Hanoverian stallions have to pass strict selection tests that include spending a year training as a riding horse.

Character: Dutch Warm bloods are famous for their friendly, hard-working natures as well as their intelligence. The Dutch Warm blood was created with the sole purpose of establishing an outstanding competition horse that would excel, internationally, in all disciplines.

Based on the Groningen and Gelderland, Thoroughbreds, along with French and German Warm bloods, were used to produce a calm breed with a good temperament and phenomenal performance. Character: Being a warm blood, Holsteins, are generally quiet and easy-going horses.

During the 13th century, it was bred by monks along the River Elbe in the Schleswig-Holstein region of Germany. Today the Holstein er is one of Germany’s greatest competition horses and has a great deal of Olympic success, not least at the 1976 Montreal Olympics when they won gold, silver and bronze in all three disciplines. 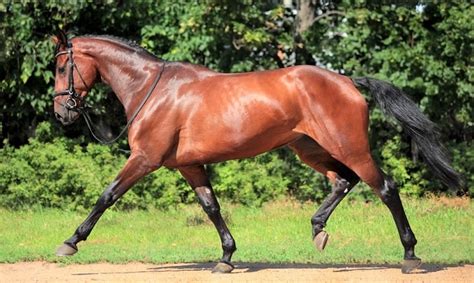 Holstein er facts Like the Hanoverian, and most other European warm blood breeds, all Holstein er stallions have to pass strict tests and undergo training before they’re allowed to stand at stud. Character: Sell Français’ have plenty of stamina, a great jump and love to run but are just as happy as an all-round pleasure riding horse.

For many years the name Sell Français was a general term used to describe any French riding horse, that was until 1958 when all the ‘types’ were brought together to create the ‘LE coeval DE Sell Français’ which translates to mean French Saddle Horse. At the same time, the Sell Français was crossed with Thoroughbred, Anglo-Arabian and French Trotter blood to create the elegant, strong and athletic horse we have today.

Despite the breed being more of a type in its early years, most Sell Français’ evolved the same way which was with the use of Thoroughbreds and Norfolk Trotters (now extinct) being crossed with French Trotters and Anglo-Norman saddle horses. Sell Français facts One of the government-funded studs that helped to develop the Sell Français was the same Le Pin stud that also played an important role in the creation of the Anglo-Arabian.

The Sell Français has also been bred for racing but all horses that are raced are registered with the AQPA (Actress Que PUR sang association which translates to mean ‘other than Thoroughbred’). Color: Mainly brown, bay or black but occasionally gray.

Character: The Oldenburg’s history as a harness horse means that they’re very strong and powerful but also have kind natures. Towards the end of the 18th century Count on Oldenburg also introduced a lot of Spanish and Barb blood to help produce a strong and hardy harness horse, but as motorized vehicles became more popular harness horses weren’t so desirable.

This meant that the Oldenburg needed to change again so Hanoverian's, Trainers and Thoroughbreds were used to create the riding horse we know today. Originally developed as a harness horse, today some Oldenburg's are still used in International Combined Driving Championships.