Expertise is a class ability that allows a character to double their proficiency bonus on a skill. As one of the few class abilities that lets you transcend the 5e’s soft bonus cap of +10, it is incredibly useful, and in a few cases it’s worth multi classing solely for this skill.

At the next level down, Knowledge Clerics (LVL 1) get class based expertise which lets them gain expertise on skills Knowledge Clerics specialize in (Arcane, History, Nature, or Religion). Dwarves Stone cunning allows expertise on History checks made about stone work, and Diatonic Sorcerers get the bonus in Charisma when talking to dragons the same type as themselves.

At probably the most difficult to achieve the Practiced Expert feat from the Unearthed Arcane play test manual. Though feats and race skills exist, they don’t hold a candle to the options that a Bard or a Rogue’s expertise will offer you.

Because although it can open up new skills and ways of playing, it essentially keeps your primary class behind however many levels you decide to multi class. I usually recommend casters take this route as it gives you a really easy bonus action way to help out the team.

Wizards are incredibly potent, but lack a couple features that stop them from being applicable in many scenarios. Specifically, melee combat proficiency and bonus action options.

One, if you decide to subclass your Bard 3 into the School of Valor you get proficiency with medium armor, shields, and martial weapons. And two, you gain access to Inspiration as a powerful bonus action ability. 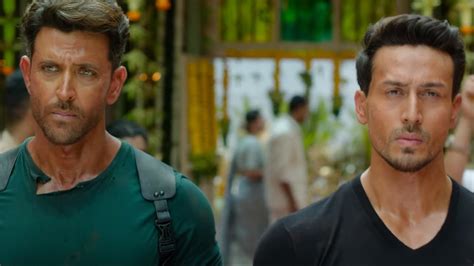 That means you can still fling fireballs and support your team in a direct, meaningful way. You can pump arcane, and never misread a magical trap again, or insight and be able to counterspell like the gods.

The intended use is for sneak attacks, like the name of the ability suggests, but let's run through a scenario. You, as a Fighter 3 Rogue 1 (who was subclasses into Battle Master) with a strength of 16 (+3), decide to attack.

The first turn you decide to swing your great sword like normal, 2d6+3, and use your bonus action to use the Feinting Attack ability the Battle Master has. Your great sword cleaves through the air, and you would deal 2d6+3+d8(superiority die)+d6(sneak attack).

The best part of this build is that for every few levels you pop into rogue you gain more Sneak Attack dice, and more ways to use them. It gives greater consistency to classes that would be making skill checks often.

Those classes are primarily Bards, who’s whole gameplay revolves around feats of Charisma, and the Rogues, who have to pass their sneak check or their kit is much less effective. That’s why I only really recommend multi classing to Bard 3 or Rogue X if you want to play a character that is an amalgamation of the classes. 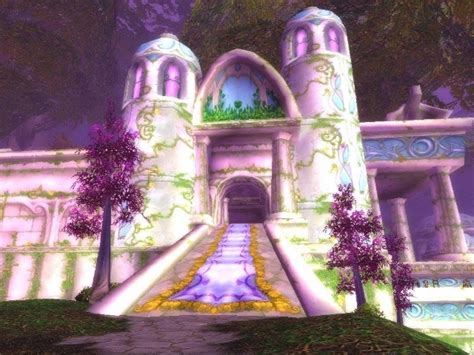 If you’re playing a charismatic traveling magician, or a bounty hunter who’s not afraid to do what he needs to in order to secure a capture, then multi class into these classes. The Player’s Handbook, though it gives a valiant attempt, cannot play out every possible character idea someone might have.

Some things are difficult to express through just one class or subclass, so don’t be afraid to mess around with multi classing. The color code below has been implemented to help you identify, at a glance, how good that option will be for your Rogue.

This color coding isn’t a hard and fast rule; there are plenty of sub-optimized options out there that will be viable to your party and will be fun to play. Keep in mind, most races and subraces are limited by the setting and source material chosen by the DM.

Dwarf : CON bonus and Dark vision are nice, but Dwarves have a base walking speed of only 25 feet. Mountain : Rogues don’t need medium armor proficiency.

While that’s nice, the CIA bonus won’t do all the much and sunlight sensitivity is a nuisance. High Elf : Beneficial here is longbow proficiency and a free can trip from the Wizard spell list. 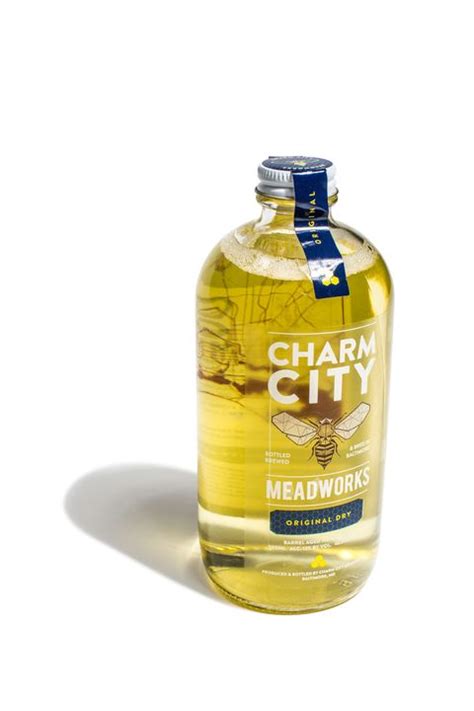 The can trip could be Minor Illusion, Mage Hand, or Prestidigitation, all of which are amazing for Rogues, even if you’re not going to be an Arcane Trickster. Everything here is useful: WIS bonus (for Perception), longbow proficiency, higher than average walking speed, and the ability to hide in nature.

Forest : Perfect for an Arcane Trickster because of the EX and INT bonuses, but not good otherwise. If your rogue is going to be the party’s face, you can get away with a +2 CIA, +1 EX, and pickup Deception and Persuasion.

Halfling Nimbleness allows for more movement options, which can only benefit a Rogue. Light foot : Hiding behind larger party members is much more useful than it sounds for a Rogue.

Vanilla : Getting an increase to all ability scores allows the Rogue to better use the many skills it has in its arsenal. Criminal : Proficiency with Stealth and Deception and thieves’ tools can help your ability to sneak around and lie, which is right up the Rogue’s alley.

Urchin : Sleight of Hand and Stealth are two perfect skill proficiencies for Rogues, and two perfect tool proficiencies Disguise kit, and Thieves’ tools. Secondary goals can be increased CON for survivability, INT for Arcane Trickster builds, and WIS and CIA for ability checks. 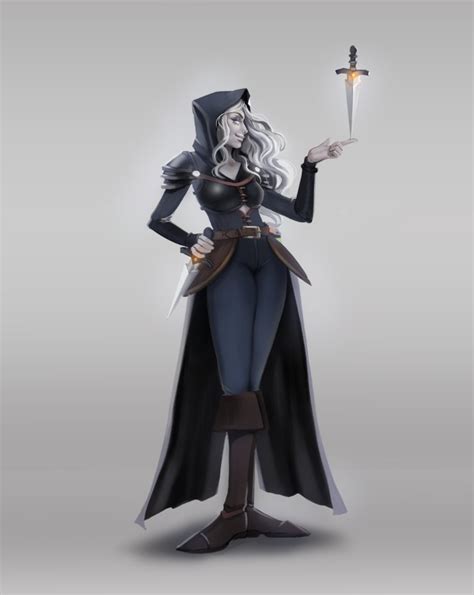 Proficiencies : A combination of good weapons and access to Thieves’ Tools makes Rogues well-equipped for their adventures. Athletics (STR) : Rogues are constantly seeking an advantage over their opponents.

Deception (CIA) : The Rogue is a great pick to be the one to handle social interactions with NPCs due to its synergistic class features. If you don’t grab it, make sure a couple other party members have high Perception.

All options have their merits, but will require different ability score distributions and feats to be at their best. 9th Level Infiltration Expertise : This will largely depend on the type of campaign you are playing.

For combat-oriented play this will be useless, but story-driven narratives with significant time spent outside combat is where Infiltration Expertise really shines. Pulling off Assassinate, Sneak Attack, PLUS Death Strike is insanely lethal. 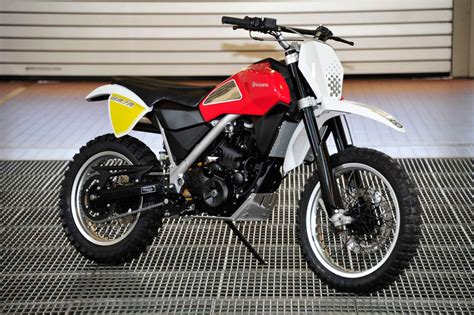 Enemies that like to hide or go invisible can really hurt your party if you aren’t prepared for it, and not having to use a whole action to search for them is beneficial. Sneak Attacks are your main source of burst damage, so the chance to use them without having advantage is quite the buff.

13th level Unerring Eye : Useful, but the lack of a high WIS score on most Rogues dampens the utility you’ll get out of this thing. 17th Level Eye for Weakness : More multipliers to the Rogue’s Sneak Attack damage.

Sadly, other Rogue subclasses can just pump out much higher numbers with their features. The value of the proficiencies you gain are really dependent on your creativity as well as your ability to use them in the context of the campaign.

9th Level Insightful Manipulator : You won’t always have the chance to use this before a fight breaks out. Besides, finding out an enemy’s WIS, INT, or CIA scores doesn’t change how fights play out most of the time.

13th level Misdirection : Moving the damage to an ally who is already covering you is a pretty lame feature. 17th Level Soul of Deceit : A disappointingly specific and situational ability. 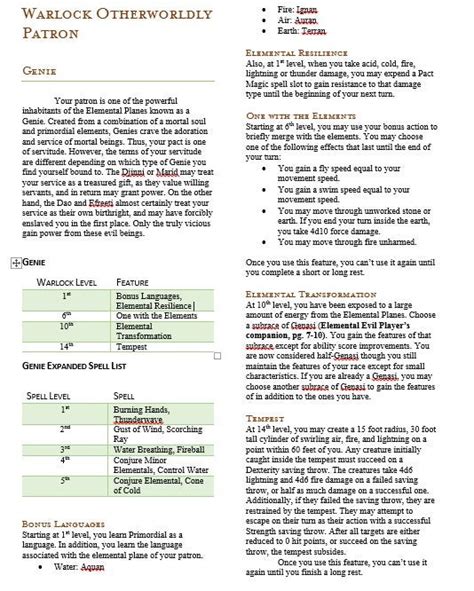 Scout 3rd Level Skirmisher : You can move as a reaction, but only after an enemy ends its turn close to you so you probably have already been attacked. If you’re not trying to create some distance to use ranged weapons then Skirmisher is a pretty weak offering.

Nature and Survival are great skills to have if you don’t have a Ranger in the party. Second-Story Work : Jumping farther is never all too exciting, and climbing faster isn’t much better.

Very useful as long as your friends don’t get bored by you always feeling the need to scout ahead. 13th level Use Magic Device : I want to love this, but it really depends on what kind of toys your DM gives you to play with.

If you manage to get your hands on some magical items that can cast powerful spells, I can easily see this being sky blue. Taking multiple turns in the first round of combat can immediately swing the odds in your favor, especially if you land two Sneak Attacks.

Evasion : EX saves are now even better, ensuring that you will never take full damage from sources requiring one. Reliable Talent : Your proficient skills can’t roll lower than a 10, before adding bonuses.

Rogues have many proficiencies, so you will always roll well given that these combos with the Expertise class feature. Blind sense : Invisible creatures can be punishing, and you’ll likely be glad to have this class feature at least once during a campaign.

Slippery Mind : Rogues don’t typically roll with high WIS. Most Rogues will become powerful as their EX approaches 20 and can afford to take some feats here and there.

Meanwhile, Arcane Tricksters like to invest points in INT as well, and by focusing on feats you might find yourself with low stats further down the line. Alert : A +5 to initiative is HUGE, and helps the Rogue (ideally an Assassin build) to be extremely effective.

Crossbow Expert gives you a second chance at landing your Sneak Attack, but Rogues also want to maximize their EX as soon as possible and there are better feats available. Because Rogues are proficient in so many skills, this feat is an extra insurance policy to not fail ability checks.

Magic Initiate : If you are playing with Sword Coast Adventurer’s Guide spells, picking up Green Flame Blade or Booming Blade is extremely worthwhile for Rogues. Rogues like to inflict massive damage and then get out of the way, making this the perfect feat to compliment that play style.

Skilled : Having even more proficiencies pairs extremely well with the 11th level class feature Reliable Talent. If you have any questions or feel like we missed something for the 5e Rogue, go ahead and post a comment below.