Press question mark to learn the rest of the keyboard shortcuts Tangle deep is a traditional roguelike with inspired by the finest classic 16-bit RPGs, like Throne Trigger, Secret of MANA, and Final Fantasy 4-6, mixed with elements from modern RPGs like the Diablo series.

My good friend, mentor, and fellow roguelike developer Jim Shepard (of Dungeon mans fame!) Came onboard to shore up TD's code and begin the port work, which took up a lot of 2018.

On a personal level this was a massive and surreal accomplishment, even though my contributions to the port-specific code were relatively minor at the time. I think the port plays exceptionally well, mostly thanks to the genius control scheme Jim came up with for movement, ability usage, and shortcuts: a combination of clever analog stick selection + confirmation, plus a neat multi-layered ring menu.

Also, it was received very well across the board, and to date has reached about 33% of PC sales (but more than that in revenue, due to fewer discounts & higher base price.) After a few months post-launch, I was pretty much the sole dev and tester again, meaning I had to personally spend hours playing through the game before each patch (which themselves require re-submission and certification).

This was a ton of work back in 2017+2018 but the game blew up in Japan, which accounts for 30-40% of sales depending on platform. There was a big thread on our Steam forums requesting Spanish localization, so we took the plunge and did that too.

It required time, money, and new code to support various quirks of Spanish grammar. We shipped two expansions to the game in the form of DLC for PC: Legend of Share in April, and Dawn of Dragons in December. 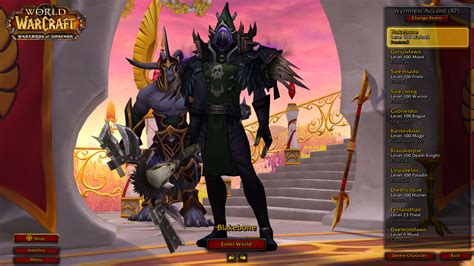 They're inspired by the kind of expansions Blizzard likes to release for their games: chock-full of cool new stuff at a fair price. I didn't want to follow the sort of stingy DLC/microtransaction model seen in AAA games, where $5 might get you a paltry few item sets or something.

And because of the relatively lower prices, the total revenue brought in by these expansions hasn't fully justified the investment put into them. I hope over time this will improve, especially as full bundle sales of the game+LCS are factored in, but I do wonder if I put just a few too many features into them.

Way too much to list everything, but one interesting new feature I want to mention is the “misc settings” file that now ships with the game, which allows you to directly adjust numbers for things like XP, JP, gold gain, item drop rate, hero / enemy damage, monster density, and so forth. I can't talk about pricing yet, but I guarantee it will make Switch owners happy, which is what I really care about.

Of course, I have a list of bugs to fix and things to tweak in the base game, and I'm also planning a major patch maybe in Spring with some bigger new content & features (including stuff exclusive to owners of Legend of Share). It certainly feels very close to 'complete' (if there is such a thing) and I'm ready to shift my focus to other projects.

Well, one of them is not a roguelike, but rather a puzzle-RPG tentatively called Puzzle Explorers: A Tangle deep Story. This is being spearheaded by the lead artist of Tangledeep, and it exists in the same universe, although obviously with some very different gameplay.

Think falling blocks + active time battle + RPG story + town building. I've learned so much from Tangle deep (it being my first game) that I am full of ideas for how to make a meaningfully different, yet still traditionally roguelike, sequel.

@ is our player, G is the goblin, and # is a wall (though Reddit is forcing some meaty line height in there so bear with me). I want to put aside spell casting, quaffing, blessing, or scrawling Elbert on the floor and just focus on the basics for the time being.

Usually each of these focuses on an adjacent tile, and it forms the core of gameplay. Historically this has been a discrete action when moving amongst allies (like your dog in Hack).

More modern rogue likes have let us simply trade places with an ally, even though it's more annoying to code. I think this is distinct from something like shooting an arrow, but we only see an animation of it or a description in the log. 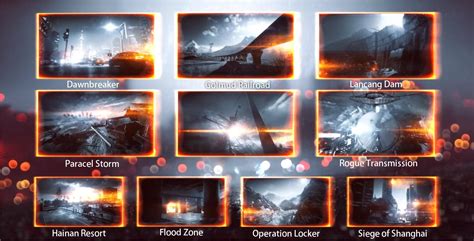 Brogue has various weapons that hit multiple tiles that can lead to more than one thing removed from the map. I feel it's worth treating this as separate, so we can get into a deeper discussion about the implications of AOE.

I wrap the contents of the Scroll inside a room, so it's crazy but localized. Yes this isn't a Move, it's usually some bullshit the enemy does or a huge feature in your arsenal.

The power of range is curbed by your inability to walk forwards whilst an enemy still has health. With an extra layer of entities that describe the floor we can also create traps, pits, or seed a whole new host of transactions.

Realms of the Lost is a Unity 3D first person roguelike inspired by the old school “blubber” games. The setting will be Lovecraft-inspired featuring eldritch gods and cultists and another dimensions with melee, firearms, and magic.

I found out my colleague was making games with Unity, and he kindly taught me the basics of it once learning of my Python project. C# was already in fact my main language (instead of Python that I used with The Temple of torment) so there wasn't that large leap.

Working with Unity is a lot different as it separates what player sees and the underlying codebase in two very different systems. Essentially I create a GameObject in code and Unity does whatever it likes after that, so I haven't touched any light/shadow and rendering stuff myself.

For platforms, I've already managed to play it on Android, PC, and even a web browser! I'm fairly stoked about creating something very different, so I'm hoping I'll have the first Alpha release ready this year.

Every game and adventure location will be unique: Procedurally generated over world, dungeons and cities, different starting history (which cities/factions are in power, who owns what land, who likes whom, etc). There will be several factions and races, that control territory, cities and mines to extract precious resources.

The core of the game expects the player to discover adventure locations (dungeons, lost cities, caves, etc) and clear dungeons to locate clues and relics towards “solving” the main quest, in one of several ways. There won't be any food clock, but you can either live your whole hero life and die and not achieve anything, or you can also be inefficient in terms of progress and eventually lose out to the main quest.

If you die, you might be revived by NPCs, if you're in good standing with particular groups and if you've possibly paid some sort of insurance. Inspiration for this game comes from ADAM, Space Rangers 2, Majesty 2, Heroes of Might & Magic series, Might & Magic series (not Ubisoft's abominations), even Age of Empires for a few bits, and of course the gargantuan elephant in the room: Dungeons & Dragons.

After several years of developing an SDL-based engine in C++, I got tired of the language getting in the way of implementation of game ideas. So, last Christmas I decided to port whatever made sense to Unity/C#, as I knew a little of C# and I had used Unity before for some short tech demos.

Over world simulation (cities, factions, wandering NPCs, dungeons spawning, plot progress) Due to a big job change in February and all the related extra time that it will need, I'll be happy if I achieve the above.

I think I figured out a great way to make a roguelike modernly approachable AND true to the genre's roots! ** Not fancy, not elegant, just a simple slider to choose between a small coffee break dungeon with a quick cutoff and the full Monty: a brutal colossal crawl with 100% content.

At first, I wrote “difficulty scale” but the only essential aspect is that you choose roughly how many levels you'll get. It would be like if you and CSS decided beforehand how many extra runes the dungeon will hold.

Build up a character through repeated NG’s until they're at a comfy level, then put them through meat grinders until your skill is enough to see you through. The most casual player and the most hardcore both profit and neither feels like their experience is being subverted for the other.