In addition, we now have a revamped Leveling guide, complete with detailed information on XP, mounts, add-ons, consumables, tips, and more. Leveling a Rogue can always feel a bit sluggish due to the inherently slow generation of resources which will improve as you level up and gain access to new passives and abilities that improve your Energy and Combo Point generation. 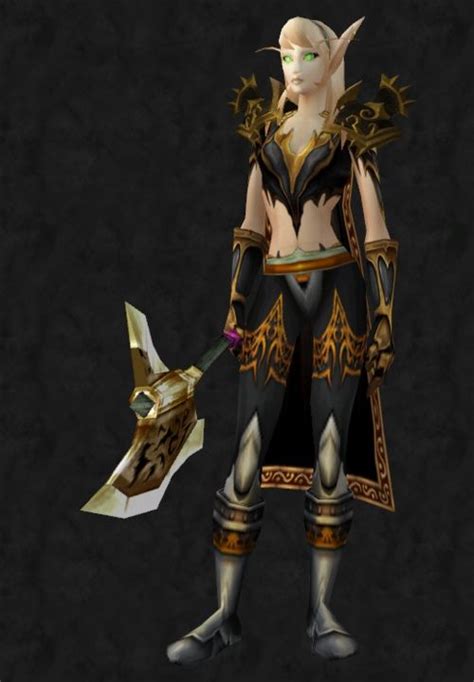 While not having access to these benefits from the get-go might make the initial stages of leveling feel a bit boring, you will immediately notice whenever you gain access to some of the more powerful abilities that make your rotation feel smoother and more fluent. Rogue also gains access to some of the most powerful defensive in the game, which translates very well into its ability to finish quests that ask you to kill enemies that have high health pools or that would usually require a group of 2 or 3 people to defeat.

Out of all three Rogue specs we recommend Subtlety as the best choice for leveling. It also has the best self-healing toolkit out of all the Rogue specs, so you do not have to take a break to sit down and regenerate your health as often.

While its AOE damage is not quite as good as that of the other specs, it is only trailing behind by a small margin, so you can easily pull multiple targets at once and still be healthy enough to immediately jump into the next pack of enemies. As you level up you will gain access to a variety of maintenance buffs that freshen up the play style as well as several mid-range abilities that allow you to pull and damage enemies from further away.

It has very powerful AOE, high burst damage and lower cooldowns on most of its defensive abilities. Assassination will feel the most sluggish since it relies heavily on passive abilities that boost its resource generation.

If you would like to get more comfortable leveling as Assassination we recommend jumping into the spec at level 40 since it has gained most of its important abilities by then. There are however a variety of other abilities that are much more situational that you slowly unlock as you level from 1 to 60. 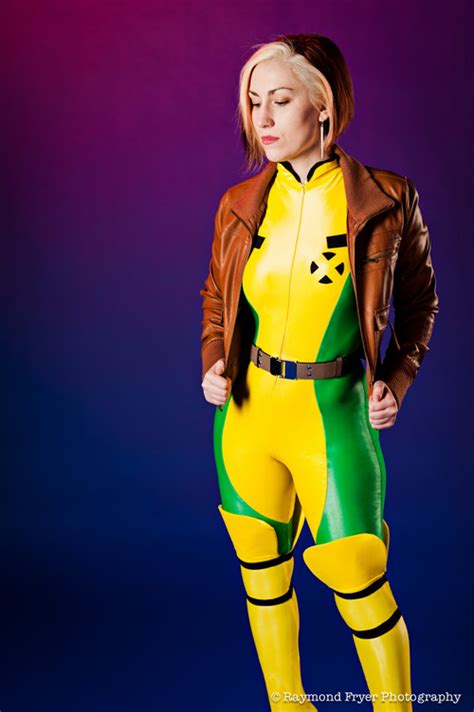 Be sure to familiarize yourself with every ability in your toolkit, so you are as well-prepared as you can be for the journey to max level. At Level 3, you unlock Cheap Shot alongside Stealth.

It lasts for 60 minutes when used and has a chance to deal damage whenever you strike a target with your melee attacks. Pick Pocket has a chance to steal Lockboxes that can contain similar items and a small amount of gold.

It further decreases the amount of falling damage you take, allowing you to jump off of ledges, cliffs and roofs from roughly three times the height as other classes without taking a single point of damage. This can be incredibly useful to stop patrols from running into you while you are already engaged in a fight, as well as turn mobs away from you so you can safely stealth past them on your way to your objective.

At Level 32, you unlock Shiv, which is a single-target ability that applies a stronger version of your current non-lethal poison to your target. These players can move while stealthed without breaking it, but they can be detected much easier by hostile targets. 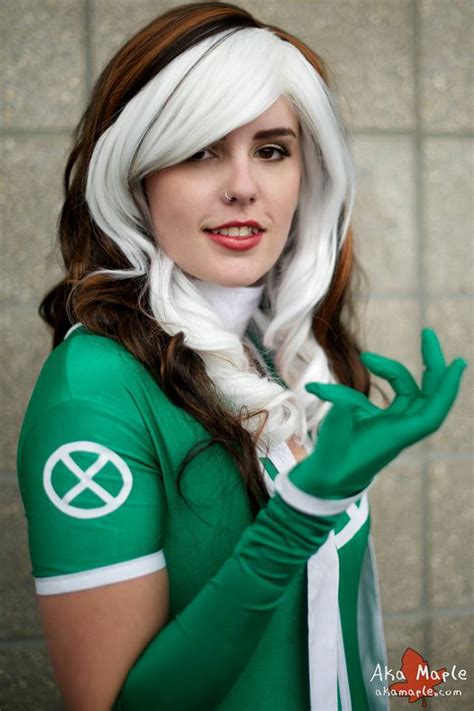 Use it in conjunction with Distract to allow your entire group to stealth past enemies you do not wish to fight. 13 Jan. 2020: Added note about new Boa tokens introduced in Patch 8.3.

For players interested in raiding, World of War crafts flagship Eve mode, Assassination rogue is one of the best choices. Assassination is the highest single damage melee class in the game right now Poisons and bleeds allow damage to tick away even when the player must move for mechanics such as Wrong’s Reverberating Slam As it is with all rogue specs, Assassination has access to great sustain and survivability options such as Crimson Vial to restore health, Evasion to dodge melee strikes, and the ever-powerful Cloak of Shadows to both avoid taking magical damage and drop harmful effects such as King Rastaban’s Deathly Withering.

Rogues in general make up around 8 percent of high level PVP as of 8.1.5 according to World of War graphs, with the highest number being Assassination. Assassination in PVP shares many of the benefits as they do in raiding, but also bring unique utility for dealing with other players.

Shadow step allows a player teleport behind an opponent and Sprint lets them escape should the fight turn south. Assassination has unparalleled crowd control, with over three options to stun enemies and interrupt spell casting.

With trash being just as much of a threat as bosses, Mythic Plus added the need to get though dungeons in a limited time. Because of this different skill are needed than traditional raiding and this lets Outlaw break Assassination’s total dominance for the bestroguespec. 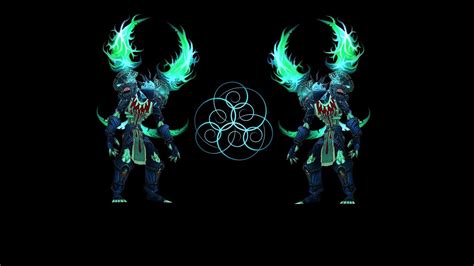 This allows them to excel in dealing damage to multiple enemies, which Mythic Plus is chock-full of. Rogues have access to Shroud of Concealment, allowing the entire Mythic Plus group to skip partially challenging or excessive trash.

It has neither the AOE that makes Outlaw dominant in mythic plus or the consistent damage that lets Assassination be so strong in PVP and Raiding. Subtlety offers both options for AOE and single target damage, though fails to excel in either.

If anyone could maybe give me suggestions to which spec is the best for leveling it would be great! Probably outlaw, since sub is a clunky broken tool…Asia involves dots which means you won't get the most out of the class meanwhile outlaw is a pirate which has no dots to manage, so you will always do your maximum potential damage.

Healing in stealth is a godsend and so is being able to close the distance on enemies, especially in contested questing zones where AOE classes and tanks steal all the mobs and kill them before you can even get to them. But to get through the Legion and BFA content quickly, I did a lot of outdoor stuff (daily assaults, class hall quests, war campaign quests) and Outlaw isn’t very good at that.

The main strength of Outlaw is Blade Flurry and AOE damage, but that can’t be used very well as you’re solo leveling, since you’re so squishy. As a DH, paladin, or warrior tank I was able to easily kill 10 mobs at once in outdoor areas while leveling, but as an Outlaw rogue, doing more than 3 would have me end the fight nearly dead.

Ascendant Hey all I wanted to roll a rogue alt. It seems really cool you have so many types of play at your disposal, from bard, to assassin, to sniper, sago etc.

Rift Disciple rift blade reader pally don't roll a rogue the class is useless @ 50 Throw in some Bard for the quick and easy pet heals.

I can stealth in, hit a mob from behind and melt a single target down very quickly. Extra mobs can prove to be a problem, but if you took blade dancer like I did you have several tools to increase your dodge rate that helps survivability.

As a SAB, I took ranger as a zero point soul just to have a free pet. Get silent setup, start loading a mob up with charges, the pet will charge in and take aggro, detonate, rinse repeats, usually just takes 2 detonates.

I tried MM a little by itself, it's good with ranger and the pet of course, but i don't have a lot of experience with it. Then you add Ranger as you heal and buff that pig like a teammate.

PC + Cadence = armor buff rinse repeat AOE damage. Play what you enjoy, the game is still fresh and rogues are not as horribly gimped as the forums would lead you to believe.

Riftblade reader pally don't roll a rogue the class is useless @ 50 Shadow lander I played Ranger/Bard early on and really enjoyed it, the survivability was outstanding.

I still have Bard at 0 and plan to switch to NB after I skill everything I want in Sin. Trying to decide what would make leveling less dull, but still have good survivability, and still have some range for rifts.

It seems really cool you have so many types of play at your disposal, from bard, to assassin, to sniper, sago etc. It looks like the cookie cutter leveling combo is: Range: Marksman/ Ranger/ Sago Melee: Night blade/ Assassin/ Blade dancer But IMO, I've been playing with a lot of different combos and found that each has its own strengths and weaknesses. 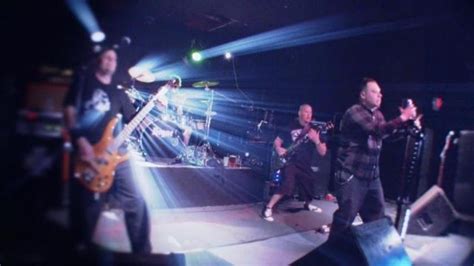 Assassin, does excellent burst damage from stealth, good for tearing through mob, and has a poison enchant with a 20% chance to heal. Rift stalker is slow and boring, but make awesome tanks.

Rangers have a good tanking pet till level 30 Bard is one of the best support/healer souls, and is real useful in soloing Rifts and tough mob for quests. If you don't want to stop and eat a lot, but also don't want to take forever on one mob you'd do good mixing Assassin, Blade dancer, and Rift stalker; 2 with decent heals, 2 with excellent DPs, and all 3 with survivability.

Shadow lander Ranger/Bard was always my favorite for leveling and still is at 50 for doing dailies especially elites and group quests. With 51rng/15 bard I can kill many non-elites at once and for elites/group mobs I have hasted recall, feral aggression and diffuse if needed.

For melting non-elite mobs really fast and making your way through crowded areas then I switch to my 51sin/15nb. It used to be 51sin/15rs which is better for soloing during those oops situations with rift scavenger but with 51sin/15nb I kill stuff so fast I don't miss rift scavenger and just rely on Slip Away for a bad situation with unexpected adds. 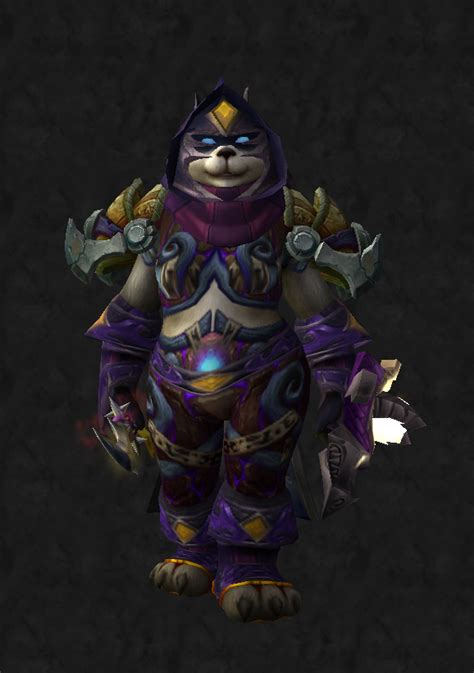 One time I tried a 34rs/31sin thinking it would be a beefy way to solo, but I killed so much slower it wasn't worth it. Great damage, amazing survivability, after getting Rift Scavenger you can literally kill forever with 0 downtime.

Soul walker I realize I'm a month late to replying to this thread, but I'm currently a LVL 41 Rogue, and I've been loving my Blade dancer/Rift stalker/Assassin build. Went 13 into Rift stalker for the Rift Scavenger Talent, all other points have been in BD for the most part.

Couple with a good Macro set and this is very easy role to level with, Things die fairly quick, and there's hardly any downtime Soul walker I found that using a Boar to tank (ranger has a nice pet heal) and using backstab from assassin with some other goodies works well.

Tehran Ranger/MM/Night blade Use pet to gather 3-5 mobs, hit divert rage, and spam your AOE skills. With dirt rage, you rarely pull any mobs off the pet, but it's easy to finish off whatever has survived to that point.