You can also use it to keep track of your completed quests, recipes, mounts, companion pets, and titles! Rogues are a very powerful choice for PVP due to the stealthiness and burst capabilities at its disposal. 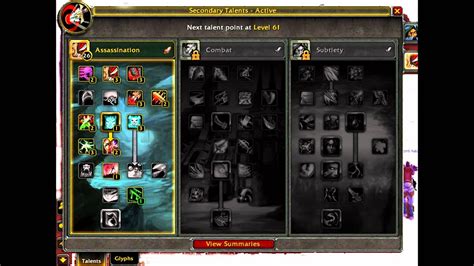 This build uses Hemorrhage as a combo point builder and dumps them with Eviscerate, Kidney Shot, or Expose Armor. Players will have low health pools and Eviscerate has very high base damage, meaning your kill potential is fairly high in PVP scenarios.

Ruthlessness will give your Kidney Shot, Rupture, and Eviscerate a 60% chance of adding a combo point to the target. This talent allows you to speed up your progress towards your next 5-combo-point Eviscerate or Kidney Shot.

Relentless Strikes props off of your Kidney Shot, Eviscerate, and Rupture. Improved Expose Armor buffs a finishing move that you will not be using at 5 combo points.

This talent also increases the CRT chance of Hemorrhage, which is your main combo point generator in PVP. You can also use the talent Preparation to reset the cooldown on Cold Blood in order to do your burst twice, helping you secure a kill or open on another target quickly.

It can also be used as a CC in order to escape or help your teammates, such as a flag carrier, by cc'ing someone off of them. Opportunity is a strong talent since you will be opening on your targets from stealth with Ambush.

Camouflage is a big movement speed increase while stealthed, capping out at an additional 15% when you have all 5 points in the talent. This talent increases that to 85% of your normal movement speed, which can help you sneak up on your targets.

Initiative helps speed up your burst combo, since you will be opening on your target with either Ambush or Cheap Shot. It caps out at a 75% chance, making it fairly likely that you will gain the additional combo point.

Ghostly Strike does more damage than Hemorrhage, however it does have a 20-second cooldown, meaning you cannot spam the ability. Rogue is a very burst heavy class, and you will usually attempt to secure your kills quickly.

This talent helps you work towards that goal, since you will be opening on targets with Ambush. Serrated Blades helps you secure your kills on melee players, since classes like Warrior and Paladin will have a lot of armor.

This also buffs your Rupture damage, which you will be using against the heavily armored melee players. This generator applies a rebuff to the target that increases the Physical damage they take for 15 seconds. 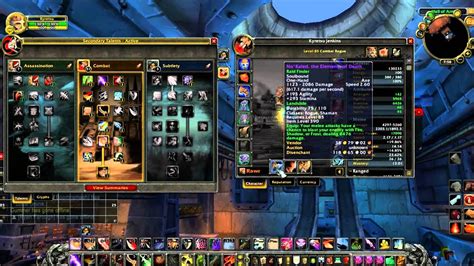 Hemorrhage costs 35 Energy and generates 1 combo point; if you are running Lethality, then you will also receive a critical strike damage bonus to this ability. In duels, this poison can be useful against certain classes that have strong self-healing, such as Druid, Paladin, Priest, and Shaman.

It can also be useful against Warlocks and Mages, since they have cast times; despite this, you will usually want to use the damage dealing poisons against caster DPS players, since you will want to kill them as quickly as possible. Deadly Poison does apply a Dot, meaning you usually want to avoid using it in PVP, since it will break your Gouge and Blind.

Instant Poison can be useful against some heavier armor classes, such as Warriors and Paladins. Taking damage from either a direct attack or a Do Twill interrupt the channel as well.

Limited Invulnerability Potion is useful when encountering other melee classes since, as a Rogue, you do not have a lot of armor. Classes like Warriors have a lot of bursts making this potion useful for those encounters.

Clutch of Foresight drops from Male the Pallid in Rathole and is very rare, meaning you only want to use it in extreme emergencies. Thistle Tea is a Rogue -exclusive item that restores 100 Energy on a 5-minute cooldown. 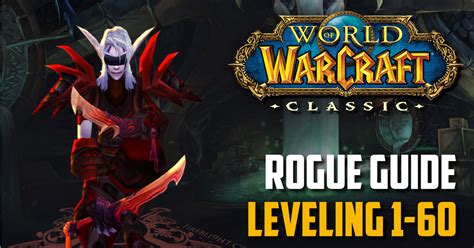 Goblin Sapper Charge also deals damage to you, so be careful when using it (5-minute cooldown). Trying to argue against my advice/words proves to me u don’t have what it takes to be a pro dagger rogue.

Also… Since you apparently couldn’t figure out that a person with their back to the ledge can still move themselves… You can stab on the 180* arc… but when they put their back to a ledge and aren’t mentally damaged they can just turn slightly with you as you try and position for the stab, and force you to have to go 180* from your current position to touch the edge of that backstab window again (and can keep turning with you as you try and adjust). If you and the target are both snared, he’s focusing on countering your positioning rather than caring about someone more important, and he isn’t completely brain-damaged, you aren’t getting that backstab off.

Try not to fall of that ledge while strafing for them EZ backstabs. 2% dodge is much greater than a 5 energy save that u might use once a day.

7-6 seconds stealth CD is a must and the movement speed will help you not feel like a turtle while in stealth leading to many better opening opportunities. Every situation you spoke of can be handled easily… even by an avg IQ 13-year-old.

You go to sneak up the edge of cliff on the target’s right side putting you @ his 90* mark, and in this hypothetical giving you a full 5* window in which to stab. On the 3rd floor of SG there’s a spot where you can get two ledges covering you from rogues trying to be all stubby (the corner points towards the cap just after the roof choke point, and overlooking the second floor)… With two ledges you can cover 270* of area from rogues trying to stab you. 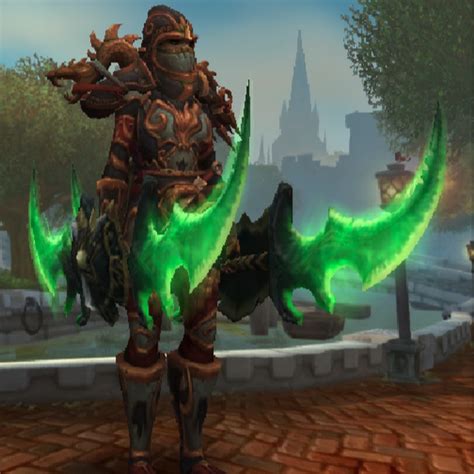 I lardy countered… u just don’t read deeply and are blinded BCU u want to win an argument that u lost b4 u even started arguing. Just stand on him and face his back if u need to… a still target even on a ledge is EZ PA work for a dagger rogue.

I found dagger builds really underwhelming in 1.12 in both PVP and Eve. It’s not about that, your burst is simply mediocre at that point of the game compared to other classes, while consuming too much energy, not to mention the positioning limitations.

Sometimes seeing that 2.5k+ ambush CRT that finishes an injured cloth is too much fun. You won’t be playing only 1 spec in vanilla wow for more than a few months at a time… that gets boring.

Herbert: Every build linked so far are garbage and will get u killed in competitive PVP. You’re 21/3/27 Hero Swords build is fine although I always preferred 2/2 Murder over 3/5 Imp Poisons.

Your third 21/8/22 Dagger spec doesn’t take Hero or Imp SS and without a low-energy option you’ll have a hard time weaving your st unlock without gaps. You also didn’t take Elusiveness and again chose Imp Poisons over Murder. 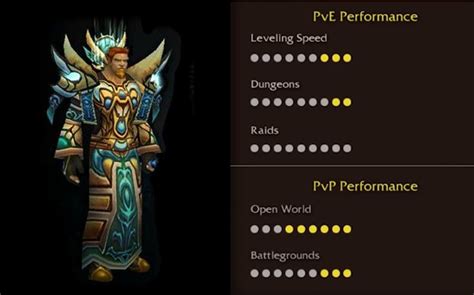 Trying to argue against my advice/words proves to me u don’t have what it takes to be a pro dagger rogue. 6% increased chance to apply poisons > 2% DMG.

We have neither now, but we learn to control our resource energy really well, and you won’t even need it. Even between daggers and swords it depends on how much damage you want to sacrifice for control.

You’d have a lot more credibility if you where to actually post on your rogue you claimed to have been so hardcore and successful on, provided any logical counterarguments when questioned beyond “trust me, I’m a huge deal”, and if you made at least some effort to type using the English language. Deadlock: Also improved gouge is great and very underrated.

I mean I get why the hero build likes cold blood… but damn losing imp gouge hurts. Just don’t even try… I can smell a pack of nubs 100 miles away on these forums.

If you continue to argue (nubs Love starting arguments) then you admit defeat (pls write respond, so I can imagine a nerd crying while reading it). Albert Einstein lost all of his forms of Identification, every1 he knows is dead, and he is in Greenland. 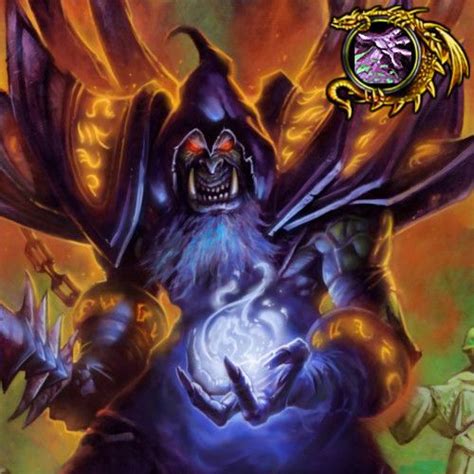 Rogue’s tend to have more spec combinations that are considered PVP viable tho Hero sub with prep or seal fate, 2x swords was always the way to go, and a dagger swap for the ambush opener.

Spec won’t matter as much as now it’s going to be skill and gear. And if things are truly classic, gouge resets is going to be something to learn.

I’d add that I’ve personally seen a bunch of builds that skip either ruthlessness or relentless strikes in assassination… and I genuinely don’t understand how people live without either of those two talents AS ANY SPEC. I just like CB/Prep because you can do a good opener into a 5cp EA, setup hero, kidney into prep double ambush.

Rogues back then had a pretty high skill ceiling. Apocalypse: I’d add that I’ve personally seen a bunch of builds that skip either ruthlessness or relentless strikes in assassination… and I genuinely don’t understand how people live without either of those two talents AS ANY SPEC.

Given how strong both those talents are I don’t honestly understand how anyone does skip those given how much they push the tempo. Every build linked so far are garbage and will get u killed in competitive PVP. 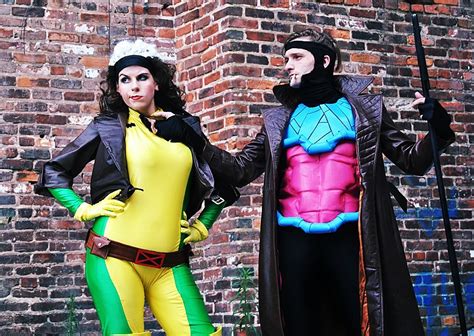 I once killed a 57 druid on my 33 rogue from full health to dead, and he never left CC. Full Combat and Full Assassination both require amazing/High caliber skill to pull off solo PVP/1v1/1vX and good teammates/healers to pull off in competitive PVP BG’s/etc or else you will be killed left and right.

You overvalue Camouflage, IMO… The stealth CD reduction only matters in situations where you are immediately dropping combat again after your opener or the next couple of global. You simply aren’t going to be catching THAT MANY people with their pants completely down, where you then also need to get back into stealth super rapidly in that 3-4 second window.

Finally, the 2% dodge over impress is where I struggle the most… Even with SS’s very limited ideal usage in a dagger build, it’s still better than 2% dodge… especially if you ever plan on doing anything outside a BG. It’s not going to be like Servers where you can face stab out in the world, and gouge-stabbing is atrociously slow.