Hi all, Recently picked up our T6 Caravelle, and I’m looking at roof rail options but there are so many. I don’t think roof bars are great for aesthetics so seems a bit of a faff to have to unbolt them every time I want to take them off hence I’m looking at the rails.

I refitted mine this way recently, and it works a treat. No worries, I did actually link it in an accidental double post, but the link was removed and the duplicate start of the post left for some reason.

One thing to be wary of is that most racks for sale are purely cosmetic and have no load bearing capability. If you’ve no plans to carry anything up on the roof then don’t fit them. 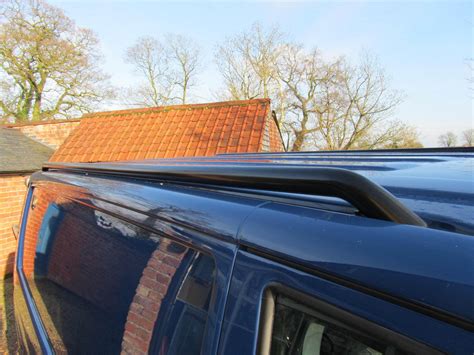 They aren't really visible now when standing on the floor and I do agree that everybody is different and so is their idea of what looks right or wrong We fitted them to our van just in case we wanted to carry anything and also to disguise the solar panel and junction box.

They aren't really visible now when standing on the floor and I do agree that everybody is different and so is their idea of what looks right or wrong If those are the ones with plastic feet they are not load rated and are sold as a cosmetic upgrade only.

The reason I ask because we have exactly the same setup with the solar panel, and we used the same cable entry fittings as well although ours is fitted 180 deg to yours so I'm looking to hide the cable as well. If those are the ones with plastic feet they are not load rated and are sold as a cosmetic upgrade only.

I've got the OEM Often ones, same as Martin Gibson, which are rated at 70kg, but they have the plastic feet to fit in the gutter part of the roof. Main aim for it is to mount a Solar Panel and carry the canoe, but it would be good to know there is extra capacity.

I ask because the van is not our daily driver and the starter often depletes, so I wonder whether to fit a large panel for the leisure battery with a smaller panel for the starter, or one large panel which is then connected to the starter (which’ll recharge the leisure battery from the Ring DC-DC). At the check out screen select “Finance” as your payment option. It only takes a couple of minutes, and you get an instant decision.

You must have a UK bank account capable of accepting Direct Debits. When checking out, just fill out our easy online application form, and you can be approved for up to £5,000 to use for the item(s) you wish to purchase.

A minimum deposit of 10% is required and is payable by credit or debit card upon acceptance. All monthly payments are paid by direct debit from your personal bank account.

You can currently choose a 6 or 12-month loan repayment period at 0% APR depending on the value of your order. Simply write to Shawbrook, and they will calculate and send you, your settlement figure.

Your settlement figure and date are calculated in line with the Consumer Credit Act. 0% Finance is currently not available for engines, gearboxes and any item that requires a deposit. Available to retail customers only and excludes any other offers.

We will replace any faulty or damaged item ordered on finance free of charge. A 10% handling fee will be charged to cover the cost of the finance agreement.

I have a T6 beach and love the look of roof bars; so I wonder can they be fitted? You do realize that fitting these will make the vehicle over 2 m in height thus limiting access to some car parks and some continental tunnels/routes.

We have the Thule wing bar 127 cm with the 753 AT mount. We use a ION foam roll under the Sups to eliminate risk of dents.

We have the Thule wing bar 127 cm with the 753 AT mount. We use a ION foam roll under the Sups to eliminate risk of dents. Sent from my iPhone using Capital Pro.

Unless your 17-foot canoe is 17 feet wide, I can't imagine why you'd need crossbars wider than the roof rails. The only solution is to offset the canoe by about 3 inches to one side or the other, thereby putting it outside the roof rails. You can see my entire setup in the attached photo, but unfortunately not a closeup of the mount.

I lost too many mpg on a long trip with my Yakima crossbar system when loaded with my x-large MTB on top. With just the Yakima older style space cadet box itself on top of the NSW I only lost a few mpg on another trip. 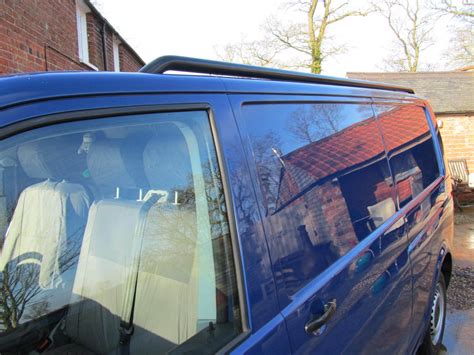 Now I'm using it with a Yakima fairing and a purchased Kurt NV trailer hitch mount for the back of the car...long trip next weekend, and I'll post those results after the trip. On the roof rails I used out Yakima rack, Space Cadet box with a Yakima fairing in front of the cargo box. I averaged 32.8mpg...not the best, but the car is a big box with this set-up on it but this was better mpg than when I had the big MTB on top of the car.

But the TDI NSW still gives us much mpg than our once owned Audi A4 2.8L Quarto Savant with the same set-up on it...that's a plus! Just returned from a 2300-mile trip to the Montana Rockies in our '11 NSW TDI.

Very quiet when set up using the VW owners manual specs for cargo box placement. 38mpg, car and box loaded with people, dogs, and A TON of stuff; avg.

Wind Noise and MPG Impact I installed a Thule Atlantis 1600 box with Thule 450R crossbars and received MPG results similar to DUCAL. Actually I was very surprised by the wind noise, sounds like you have a back window cracked open about an inch.

I haven't gotten delivery on my new Shortage yet, but I can say that on our 2001 Honda Accord the fairing decreased the wind noise dramatically. The whistle without the fairing was so loud the wife wanted the rack removed. 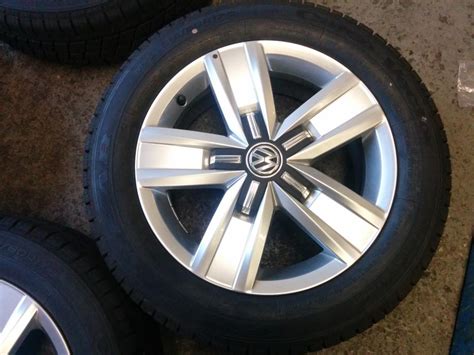 With the case off and running just with the acrobats, the whistle is easily masked with the radio. However, put the carrier on the bars, and you think you have a rear seat window opened.

Would just going with a standard solution be better or do exist Yakima accessories work with the flush rail system? I'd like something low profile like the flush bars, but with the ability to throw up stuff from the hardware store now and again.

I wouldn't say “no issues”, but it's doable if you move the front crossbar all the way forward, and have the rear bar far enough back to clear the sunroof. My question for those using bike rails on the roof is rear door interference.

The Whispers have a grove on the top, so you can slip a lag bolt in to mount your carriers so nothing hangs below the bar. Also, the clamp style mount used by Yakima and Thule won't work. 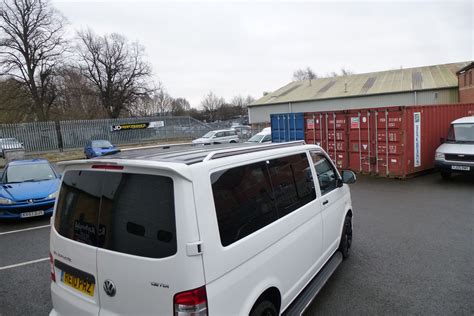 I wouldn't say “no issues”, but it's doable if you move the front crossbar all the way forward, and have the rear bar far enough back to clear the sunroof. (Other question: the screws are supposed to be tightened with 6Nm torque, I assume it is not necessary to measure that).